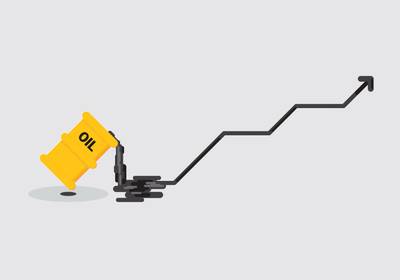 Oil jumped 5% on Tuesday to above $28 a barrel, supported by steps by the U.S. Federal Reserve to bolster the economy and hopes the United States will soon reach a deal on a $2 trillion coronavirus aid package.

The Fed on Monday rolled out an array of programs including backing for the first time corporate bond purchases. U.S. Treasury Secretary Steven Mnuchin voiced confidence that a deal on the aid package would be reached soon.

"This is giving significant buoyancy to oil prices, at least in the short term," said Eugen Weinberg, analyst at Commerzbank.

"It is highly questionable whether the good mood will continue on the oil market, however."

The expected stimulus pushed the U.S. dollar lower against other currencies. A weaker dollar tends to support the price of oil and other dollar-denominated commodities.

Still, the price of oil has halved in 2020, hit by the demand shock caused by the coronavirus outbreak and government restrictions to contain it, and the sudden removal of measures by OPEC and other nations to limit supply.

British Prime Minister Boris Johnson ordered Britons on Monday to stay at home to halt the spread of coronavirus, imposing curbs on everyday life without precedent in peacetime.

A deal by the Organization of the Petroleum Exporting Countries and other producers including Russia fell apart in early March, when Moscow refused to support further output curbs and OPEC responded by removing limits on its own production.

Saudi Arabia now plans to boost exports, although flows have yet to increase in March, sources at companies that track oil flows said on Monday.

"So the impact of the current epidemic on global oil demand is uncertain but negative and we know that global oil supply will rise significantly in the next two months, at least," said Tamas Varga of oil broker PVM.

"This will create a market flooded with oil."

Industry group the American Petroleum Institute is scheduled to release its supply report at 2030 GMT, followed by the government's figures on Wednesday.