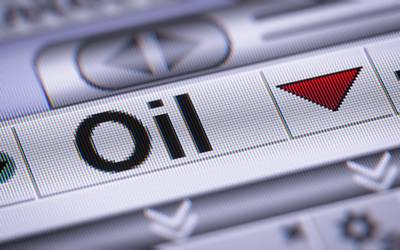 Oil fell on Monday, in line with another decline across global stock markets, which came under pressure from concern about a U.S. government shutdown and a worsening world economy.

The price of oil has already fallen by more than 30 percent so far this quarter to its lowest since the third quarter of 2017, as investors have grown increasingly wary of the impact to global growth, and crude demand, from an escalating trade dispute between the United States and China.

The U.S. Senate has been unable to break an impasse over U.S. President Donald Trump's demand for more funds for a wall on the border with Mexico, and a senior official said the shutdown could continue until Jan. 3.

Investors have flocked to perceived safe-haven assets such as gold and government debt, at the expense of crude oil and stocks.

Brent fell 11 percent last week and hit its lowest since September 2017, while U.S. futures slid to their lowest since July 2017, bringing the decline in the two contracts to 35 percent so far this quarter.

"Today is going to be a market of very thin liquidity and we don’t have strong convictions in such market conditions. Brent has managed to break 55.00 $/bbl at the end of last week, the short-term momentum is negative," Petromatrix strategist Olivier Jakob said.

The macroeconomic picture and its impact on oil demand continue to pressure prices. Global equities have fallen nearly 9.5 percent so far in December, their biggest one-month slide since September 2011, when the euro zone debt crisis was unfolding.

The trade dispute between the United States and China and the prospect of a rapid rise in U.S. interest rates have brought global stocks down from this year's record highs and ignited concern that oil demand will be insufficient to soak up any excess supply.

The Organization of the Petroleum Exporting Countries and allies led by Russia agreed this month to cut oil production by 1.2 million barrels per day from January.

Should that fail to balance the market, OPEC and its allies will hold an extraordinary meeting, United Arab Emirates Energy Minister Suhail al-Mazrouei said on Sunday.

"Oil ministers are already taking to the airwaves with a 'price stability at all cost' mantra," said Stephen Innes, head of trading for Asia-Pacific at futures brokerage Oanda in Singapore.