Oil Down After Trump Urges OPEC Not to Cut Supply 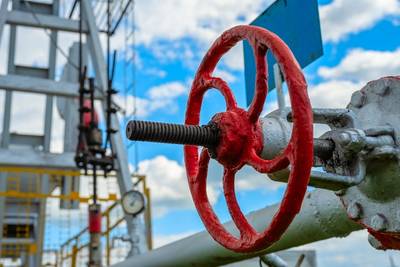 Oil prices fell more than 2 percent on Tuesday after U.S. President Donald Trump put pressure on OPEC not to cut supply to prop up the market.

Both crude benchmarks have fallen more than 20 percent since peaking at four-year highs in early October.

"The market now increasingly looks concerned about the prospect of too much supply," said Norbert Ruecker, head of macro and commodity research at Swiss bank Julius Baer.

"Hedge funds and other speculative (investors) have swiftly changed from the long to the short side."

Top crude exporter Saudi Arabia has watched with alarm how supply has started to outpace consumption, fearing a repeat of a glut that brought a price crash in 2014.

Saudi Energy Minister Khalid al-Falih said on Monday the Organization of the Petroleum Exporting Countries agreed there was a need to cut oil supply next year by around 1 million barrels per day (bpd) from October levels to prevent oversupply.

But Trump has made it clear he wants oil prices to fall.

"Hopefully, Saudi Arabia and OPEC will not be cutting oil production. Oil prices should be much lower based on supply!" the president said in a Twitter (TWTR) post on Monday.

That led to a sharp price drop on Monday and the sell-off continued into Tuesday.

Merrill Lynch says U.S. crude production will break through 12 million bpd in 2019, supporting oil exports to the rest of the world.

Oil production is not just rising in the United States. Kazakhstan said on Tuesday its oil output rose 4.8 percent to 74.5 million tonnes in the first 10 months of 2018, equivalent to 1.82 million bpd.

"The market will see a sizeable surplus at least over the first half of 2019," ING said.

(Reuters, Reporting by Christopher Johnson in LONDON and Henning Gloystein in SINGAPORE Editing by Dale Hudson and Edmund Blair)