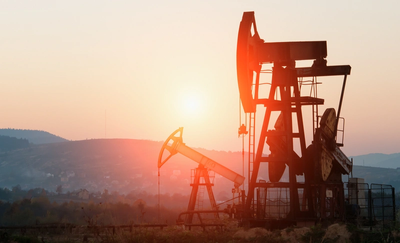 Oil neared its highest in six weeks on Wednesday after a surprise decline in U.S. inventories and as concern persisted over possible disruption to Middle East supply.

Unexpectedly large inventory declines in the United States helped underpin the market, even though refinery maintenance reaches a peak this month, but with the hardening stance of the United States towards Iran, most investors were reluctant to sell oil aggressively.

"You still have geopolitical considerations and possible U.S. action on Iranian sanctions ... that is going to be relatively prompt, in May," Petromatrix strategist Olivier Jakob said.

"So even though you do see signs that the market is lax on the physical side, do you go aggressively bearish when you have the potential for something happening between the U.S. and Iran?"

Analysts also pointed to the nomination of Mike Pompeo as new U.S. Secretary of State as a risk to oil markets, given he fiercely opposed the Iranian nuclear deal as a member of Congress.

"The nomination of Mike Pompeo for U.S. Secretary of State ... raises the likelihood of oil trade disruptions," Citi said in a note.

Energy consultancy FGE said new U.S. sanctions on Iran could result in a drop of 250,000-500,000-bpd drop in its exports by year-end, compared with crude exports of roughly 2.0-2.2 million bpd since early 2016, when sanctions were lifted.

Adding to the bullish momentum, U.S. crude stocks fell by 2.7 million barrels in the week ended March 16 to 425.3 million, the American Petroleum Institute said on Tuesday, against expectations for an increase of 2.6 million barrels.

"... Oil sanctions against Iran would have a greater impact in an undersupplied market than in an oversupplied one. The unexpected 2.7-million barrel decline in U.S. crude oil stocks last week, as reported by the API, is likely to confirm market participants in this view. The oil price strength could therefore continue in the coming days," Commerzbank analysts said in a note.

Official U.S. production and inventory data will be released by the Energy Information Administration (EIA) later on Wednesday.

Investors have been particularly wary of the steep rise in U.S. output <C-OUT-T-EIA>, which has grown by more than 20 percent since mid-2016, to 10.38 million bpd, putting the United States on track to become the world's largest oil producer this year.

By Amanda Cooper, Additional reporting by Henning Gloystein in Singapore