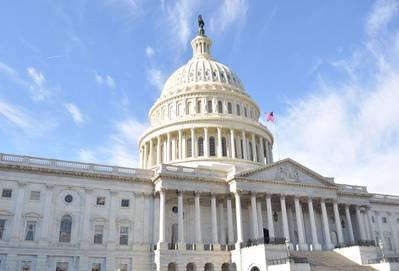 For a proposed statute still at the first stage of the legislative process, with only a handful of sponsors in the U.S. Congress, the “No Oil Producing and Exporting Countries Act of 2019” (NOPEC) is generating a lot of comment.

The amount of attention being paid to the proposed legislation is out of all proportion to its probability of being enacted into law - unless oil prices spike higher at some point during the remainder of 2019 and 2020.

Similar NOPEC bills were introduced into the House of Representatives (HR 948) and the Senate (S 370) early last month, where they were referred to the respective judiciary committees for detailed consideration.

The bills would amend the Sherman Antitrust Act to make it illegal for any foreign state to act collectively to limit the production or distribution of oil, set prices, or otherwise restrain petroleum trade, when such an action has a direct impact on prices in the United States.

They would also remove any defence of sovereign immunity. But only the attorney-general would have authority to bring enforcement actions in court.

In the course of a two-year Congress, thousands of bills are introduced, and only a few hundred go on to become laws, including routine financial statutes dealing with government spending.

In the last Congress, over 13,000 bills were introduced, of which just 2,000 went on to be considered on the floor of one or other chamber, and fewer than 500 were passed by both and sent to the president for signature or veto.

The NOPEC bills have currently attracted just six sponsors in the House of Representatives and four in the Senate, and neither has advanced to floor consideration let alone passage in either chamber.

Despite the president’s repeated criticism of OPEC both before and since being elected, the administration has been noncommittal about whether he would sign or veto the bill if it was presented to him.

Senior officials have sounded unenthusiastic about the law while being careful not to commit the president to rejecting it.

“We need to be really careful before we pass legislation that may have an impact that goes way past its intended consequences,” the secretary of energy told reporters at a press conference on Thursday.

But the White House Office of Management and Budget has not issued a formal statement of administration policy indicating how it would react if a bill were passed by both chambers.

In 2007, the Bush administration issued a statement on NOPEC legislation then under consideration saying if it were presented to the president “his senior advisors would recommend he veto it.”

“The administration strongly opposes House passage of HR 2264 [the No Oil Producing and Exporting Cartels Act of 2007]” according to the statement issued by the Office of Management and Budget on May 22, 2007.

But the current measure is so far from reaching the president the administration is not yet under any pressure to take a formal position.

The current NOPEC legislation instead provides some convenient leverage against Saudi Arabia and other members of the Organization of the Petroleum Exporting Countries.

If Saudi Arabia allows the oil market to tighten too much, and prices start rising, the NOPEC bills will start attracting more attention in Congress and may make more progress through the legislative process.

The administration will then be able to use the threat of NOPEC to pressure Saudi Arabia and its allies to make more oil available and push prices down again.

The quid pro quo for a presidential veto, or even a statement of administration policy threatening a veto, may be an increase in Saudi oil production at some point in future.

Alternatively, the administration may trade a veto or statement of administration policy for other diplomatic objectives in the region, perhaps on Iran or the Middle East peace process.

The NOPEC bill therefore provides a useful source of leverage in U.S. discussions with Saudi Arabia and the other members of OPEC.

The administration has no reason to take that threat off the table completely unless it secures some advantage in return.

The current NOPEC bills are likely to make little progress in Congress while oil prices remain around $70 per barrel.

If oil prices surge, however, the picture will be very different, and the bills will come back into play rapidly, when the administration is likely to trade them for more Saudi oil production and a cap on prices.