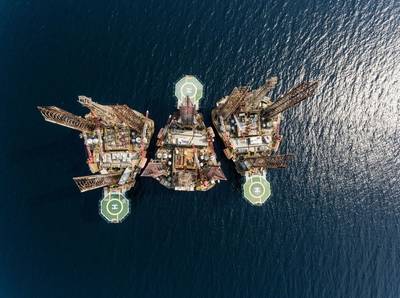 Nigeria has launched its first licensing round for marginal oilfields in nearly 20 years, the Department of Petroleum Resources (DPR) said on Monday, despite court rulings last week that barred some of the fields from being auctioned.

Marginal fields are smaller oil blocks that are typically developed by indigenous companies. The new licensing round is the first marginal field round since 2002, which the country hopes will boost oil output and bring in much-needed revenues from fees associated with the licenses.

"A total of 57 fields located on land, swamp and shallow offshore terrains are on offer," the DPR said in a statement posted on its Twitter (TWTR) feed.

Nigeria revoked the existing licenses on the fields so that they could be put into the new licensing round.

The licensing round was announced even though judges in Lagos have blocked Nigeria's efforts to revoke two existing oilfield licenses, court documents seen by Reuters showed.

The Ororo field, OML 95, and the Dawes Island Marginal Oil Field, formerly called OML 54, were among 11 licences revoked by the Department of Petroleum Resources in April. All 11 were set to be included in the marginal field licensing round.

Two different judges in Lagos granted decisions on May 27 that halt the inclusion of the two fields in any licensing round, the court documents seen by Reuters showed.

The DPR said it could not comment on a matter that was ongoing before the court. The Ministry of Petroleum Resources did not immediately comment on the rulings.

Owena Oil and Gas Ltd, said in its lawsuit that the DPR revoked its OML 95 license "without recourse to the plaintiff," court documents seen by Reuters showed. Eurafric Energy Ltd. challenged the revocation of Dawes Island and said it had spent money developing the asset, the court documents showed.

Owena Oil and Eurafric Energy were not immediately reachable for comment.