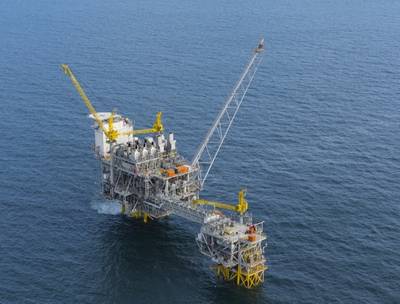 Under a deal with the government the 70 km (44 miles) pipe will have capacity for 950 million cubic feet of gas per day from fields operated by Noble and will be ready in the first quarter of 2021.

Once liquefied at the export plant, which is run by Marathon Oil (MRO), the gas will be shipped to markets across the globe.

Sonagas GE, the state-run gas company, will increase its stake in the project to 30 percent from 25 percent.

The gas will come from a joint venture called the Alen Unit, located in two offshore blocks, and is expected to contribute between $1.5 billion and $2 billion to state revenues over the course of the project, the government statement said.

Equatorial Guinea hopes to create a gas export hub from its offshore fields after revenues were hit by a dip in oil prices and production since 2014.