Last year, after being reactivated from warm-stacking, Maersk Resolute was under contract for Petrogas E&P Netherlands B.V., operating 104 days in Q3-Q4 2017 with a non-productive time (NPT) below 1.5 percent.

The new contract with TAQA Energy B.V covers the subsea plug and abandonment of three wells, and will commence June 2018 with an estimated duration of 60 days. In continuation hereof, the contract with Petrogas E&P Netherlands and Dana Petroleum Netherlands B.V. will commence, lasting for around 70 days, including work-over and drilling activities.

In addition to the firm scope of estimated 130 days, there are options with TAQA Energy B.V. and Petrogas E&P Netherlands B.V. for an additional 235 days to be exercised in Q2 and Q3 2018.

“I am pleased that our services have been well received by Petrogas E&P Netherlands B.V. As a new customer relationship, it is very rewarding that we can now continue our great collaboration and support Petrogas’ business by delivering safe and efficient drilling operations in the North Sea. We are also satisfied to engage in new customer relationships with TAQA Energy B.V. and Dana Petroleum Netherlands B.V., and together realize the benefits of combining the various work scopes for Maersk Resolute,” Kelstrup said.

Additionally, the jack-up Maersk Resolve has been awarded a contract extension by Wintershall Noordzee B.V. for the drilling of one additional well in the ongoing drilling campaign in the Dutch sector of the North Sea. The extension will commence end of Q2 2018 and last for 25-40 days. 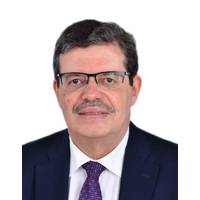