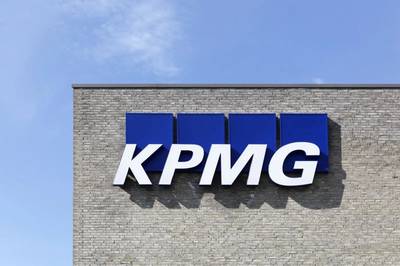 ZenRock Commodities Trading Pte Ltd is unlikely to continue its core oil trading businesses in the long term, its court-appointed supervisor KPMG Services said in a report that also raised concerns over transactions by the Singapore-based trader.

ZenRock was placed under interim judicial management in May after one of its creditors HSBC Holdings PLC alleged that it engaged in a series of "highly dishonest transactions."

It is one of four commodity trading firms in Asia's oil trading hub of Singapore which ran into financial trouble this year after the oil price crash and as the coronavirus pandemic caused demand to slump.

ZenRock declined to comment, referring Reuters to its court-appointed judicial manager at KMPG.

Judicial management is a type of debt restructuring where a court appoints independent managers to run the affairs of a financially distressed company in place of existing management. Such moves are often seen favourably by creditors.

The KPMG report was based on documents and interviews with ZenRock's employees in a two-month investigation into its finances and trading activities.

KPMG also pointed to "questionable transactions" by ZenRock which involved the use of duplicate invoices to obtain multiple financing, selling the same cargo to more than one company and unusually large cash transactions.

HSBC Holdings PLC made similar allegations against ZenRock in May.

KPMG said it is assisting Singapore police with investigations following a police report made by HSBC.

"ZenRock is unlikely to continue in the long term" its core businesses of oil trading, gasoil blending and storage and commodities derivatives trading, KPMG said, adding that "any restructuring would, at best, preserve a fraction of ZenRock's original business".

Xie and Lin did not immediately respond to requests for comment.

KPMG declined to comment while its lawyer Withers KhattarWong LLP did not immediately respond to a request for comment.