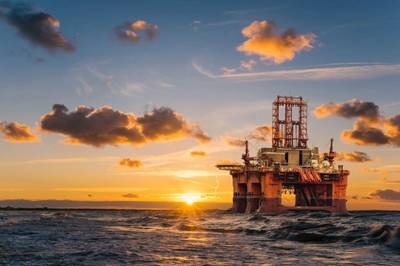 At least nine of the world’s top planned exploration wells for 2020 are at risk of being suspended as a result of the blended impact of COVID-19 on oil and gas activities and the oil price war, Rystad Energy said Tuesday.

These wells, the Norwegian energy intelligence firm said, located in Norway, Brazil, the Bahamas, Guyana, the US, Gambia, and Namibia would target a combined 7 billion barrels of oil equivalents (boe).

The wells that Rystad Energy has identified as candidates for suspension are at risk because of their commercial viability under the current price levels, shutdowns that affect the supplies of equipment components, operators’ prioritization among other targets and limitations in crew movements, among other reasons.

“Given the prevailing global situation, we now foresee that the cumulative discovered volumes by the end of the year could go even below the 2016 level of 8.9 billion boe, which was the decade’s lowest. This will solely depend upon how many key wildcat wells will still see a spinning drill bit in the coming months, as some of them could be either suspended or postponed,” says Rystad Energy senior upstream analyst Palzor Shenga.

The first quarter of 2020 already started on a low note, Rystad says, as explorers have only uncovered new volumes of around 2.5 billion boe. The 22 discoveries are evenly split between onshore and offshore regions, with gas representing just over half of the volumes. Volumes are down about 40% from the same period of 2019, and the number of discoveries has almost halved.

"When we entered 2020, Rystad Energy believed that the global discovery trend would continue its upward trajectory with an expected increase in volumes. However, the current global market situation will bring many challenges to exploration," Rystad said.

"The understanding of the geological context and complexities of the subsurface remains unchanged – it is the unexpected market turmoil above the surface that will play the key role in the coming months," Rystad said.

It was easy to guess which well might be at risk in the Bahamas - Bahama Petroleum Company's Perseverance - given that it's the only well offshore planned in the country this year. However, in other countries such as Norway, Brazil, the U.S. where offshore drilling has been carried out for years, or in Guyana, where Exxon has kept drilling well after well - and successfully at that - it wasn't as easy to pinpoint well at risk of delay.

Offshore Engineer has thus reached to Rystad Energy seeking concrete info on which key wells might be postponed. See the list of wells potentially at risk below, as shared with us by Rystad.

Norway – AkerBP’s Stangnestind well. Stangnestind is located northeast of the Barents Sea, near the border with Russia, and the prospect is on the so-called Fedynsky hill. The well was supposed to be spud in the 2Q 2020. However amid low oil price and the Corona Pandemic the well has been dropped. It was targeting a predrill resource of about 60 Mmboe. Though the number seems small these wells are important to keep the exploration potential of the Barents Sea alive.

The Bahamas – BPC’s Perseverance-1. The well was initially scheduled to be spud in Q1 2020. However, it has already been pushed ahead and the national and regional shutdowns are impacting the preparation of drilling rig and other necessary equipment. If the situation continues there is a chance of the well spilling over into 2021. It holds a gross predrill resource of around 770 Mmboe.

Namibia – Total’s 2000Mmboe Venus-1 and ECO Atlantic’s 882 Mmboe Osprey. The primary reason being Namibia does not qualify for the list of areas to prioritize in this low oil price scenario. Secondly, for Total, they have an aggressive exploration campaign panned out in Africa for 2020.

Hence, Rystad said, if the situation worsens, Namibian well would be one of the first once to be dropped out, not only based on the current situation but also due to its past results.

The United States – BP's Puma West (re-enter). One of the high impact wells targeting over a billion barrel of predrill resource. The well was suspended before penetrating the reservoir section with an aim to revisit with a modified casing design. The situation looks unlikely to make a return.

The Gambia – FAR Ltd is scheduled to drill a well each in block A2 and A% targeting around 1200Mmboe of predrill resource. However, the work commitment has already been fulfilled which was either to acquire a new set of seismic or drill a well. Hence drilling a new well may not cross their minds.

Guyana – ExxonMobil’s Tanager and Jubilo. These wells will target gross predrill resources of 256 and 225 Mmboe respectively. ExxonMobil has already pinpointed some key issues they are facing regarding crew change and making the skilled personnel available on board. Hence these wells planned to be drilled in the later of the year stand a chance of being suspended or postponed.

According to Rystad, these could turn out to be just the tip of the iceberg if the current situation continues.

"The above-ground condition will play a key role along with the oil price as to how many wells planned to be drilled will be flagged red," Rystad said.