Iran's Oil Exports Fall in May, when US Quit Nuclear Deal 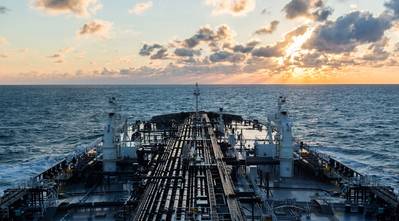 Iran's crude oil exports have declined slightly in May, according to estimates from a leading tanker-tracking company, in the first sign that the threat of U.S. sanctions may be deterring buyers.

The estimates from Geneva-based Petro-Logistics also suggest Iranian oil buyers are not rushing to cut volumes from OPEC's third-largest producer. The U.S. sanctions have a 180-day period during which buyers should "wind down" purchases.

U.S. President Donald Trump on May 8 said the United States was exiting a 2015 international nuclear deal with Iran and would impose new sanctions that seek to reduce the country's oil shipments.

"Exports are down by more than 100,000 barrels per day (bpd) from the very high levels seen in April, but there is no sign of a mass exodus at this time," Daniel Gerber, chief executive of Petro-Logistics, told Reuters.

Supply and demand in large parts of the oil market is opaque and Petro-Logistics is among a number of consultancies that estimate supply from OPEC countries by tracking tanker shipments and other methods.

Petro-Logistics did not specify the absolute volume of Iran's exports in May or April.

Iran said it exported 2.6 million barrels per day (bpd) in April, a record since the lifting of international sanctions on Tehran in January 2016.

Reuters shipping data also suggests Iranian crude exports have dropped since Trump's sanctions announcement, falling to around 2.5 million bpd in May, a drop of about 100,000 bpd from April.

The bulk of Iran's crude exports, at least 1.8 million bpd, goes to Asia. Most of the rest goes to Europe and these volumes are seen by analysts and traders as the more vulnerable to being curbed by U.S. sanctions.

Petro-Logistics said the overall rate of Iran's exports remained strong in May compared with recent months and companies in Europe were still buying.

"In fact, May exports remain significantly higher than the previous 12-month average, with European refiners continuing to load cargoes throughout the month," Gerber said.

Iran's oil minister, Bijan Zanganeh, said on May 19 Tehran's oil exports would not change if the EU could salvage the nuclear pact, as it is trying to do.