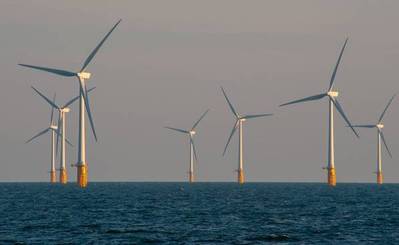 Shares in Innogy, once Germany's No.1 energy group by market cap, are expected to be delisted this week, as rival E.ON said it completed a buy-out of minority shareholders as part of a broader deal to break up the firm.

"In the months ahead, we'll focus on the practical integration of all former Innogy operations into our Group. Throughout this process, we'll ensure that our customers' interests will continue to always have priority," E.ON Chief Executive Johannes Teyssen said.

The landmark deal to break up Innogy, originally carved out from RWE and listed in October 2016, was unveiled more than two years ago and saw its assets divided between E.ON and its former parent.

As part of the break-up, RWE agreed to acquire the renewable operations of both Innogy and E.ON, turning it into Europe's third-largest clean energy group as well as the world's second-largest offshore wind player after Orsted.

E.ON, meantime, acquired Innogy's networks and retail activities, giving it 51.5 million clients and a regulated asset base of 33.2 billion euros ($37.10 billion) across Europe, the most on the continent.

RWE boss Rolf Martin Schmitz expects further upheaval in the energy sector, with the trend toward further specialization on the model of E.ON and RWE.

"A lot can certainly still happen on a European level," he told the Frankfurter Allgemeine Zeitung daily. "The size you need to really operate internationally and invest in future technology is constantly increasing."

E.ON said shares in Innogy were likely to be delisted this week following the successful squeeze-out of Innogy's minority shareholders.

The final steps of the transaction, including the transfer of Innogy's renewables business, gas storage, and a stake in Austria's KELAG to RWE, are expected to be implemented at the end of June. ($1 = 0.8949 euros)