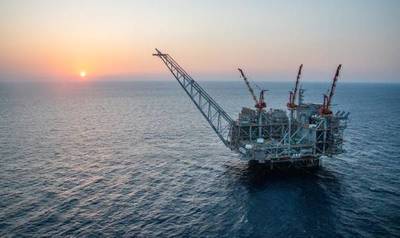 Production at Israel's offshore Leviathan natural gas field will resume in the coming hours after an emergency shutdown on Saturday, the project's operator Noble Energy (NBL) said [on Saturday].

The platform's flare system had been activated to burn off excess gas, generating a flame visible from shore, in what Israel's Energy Ministry called an "emergency closure."

Noble initially referred to it as an "operational event" but updated later it had been a false alarm caused by a gas detector failure.

"All the safety systems on the rig are working properly and natural gas production from Leviathan is expected to resume in the coming hours," the company said.

Leviathan, one of the largest gas fields in the eastern Mediterranean, is owned by Texas-based Noble, Israel's Delek Drilling and Ratio Oil.

It came online at the end of last year and supplies Israel, Egypt, and Jordan.