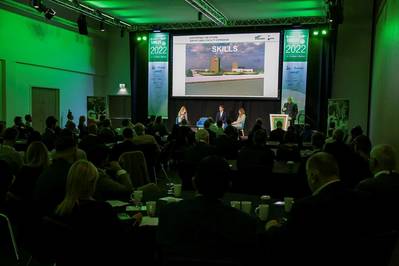 UK industry players are eying the development of 132kV dynamic array cables to meet the demands of ever larger turbines, but there are calls for standards to be agreed before they invest.

The need for 132kV cables is being driven by the growth is turbine capacity to 15MW and beyond, with 20MW turbines even being discussed. These sizes out a strain on use of even the latest 66kV capacity cables, as it reduces the number of turbines per “string” of cable that can be connected – meaning that vastly more cable has to be used.

Robert Keast, program manager at the Carbon Trust, told the joint RenewableUK and Global Underwater Hub Cables conference today that, with today’s 66kV cables, around ten 8MW turbines can be connected via one string. But that falls to just four to five for upwards of 20MW turbines, meaning a lot more cable has to be used (i.e. separate cables back to a transformer hub for each set of four to five turbines), significantly increasing costs.

With 132kV cables, there could even be the option to remove the need for offshore substations, taking each string directly back to shore, says Keast, saving huge costs. This would only work for projects nearer to shore, 20-50km or so, and could face cable landfall and consenting challenges, he says, but it could be an attractive option for the energy islands proposed in the North Sea.

But, to invest in the technology, stepping up from the current 66kV capacity, there needs to be an agreed standard for 132kV dynamic inter array cables, says Aaron Ellis, technical sales manager at JDR Cables, which produced the first 66kV cables.

“If you don’t step up to 132kV, you can’t use those bigger turbines,” he said. “I believe we need CIGRE or IEC to publish a new standard to drive the industry. For us to develop this cable technology would need huge upfront spending. If we qualify that to the old standard and then a developer is not happy we have to restart all of the qualification work. It’s a big problem we have got.”

Keast says that a program at the Carbon Trust – the High Voltage Array Systems Project – is seeing 10 developers looking at this issue and there is a goal to work together and agree a standard, which would give cable manufacturers something to work on. Then, a formal industry standard, from e.g. CIGRE or IEC, could be worked on. “It’s a chicken and egg,” situation he says, with some work needing to be done on design before a formal standard can be drawn up.
Until then, there are a number of questions, including around the best stepping stones to 132kV, one being when developers will actually want them. If they started now, JDR could deliver 132kV cables by 2025, Ellis says.

In addition, cable manufacturers are having to look at how to insulate cables from water. Currently, lead is used thanks to its low melting temperature meaning it can be extruded over the plastic carrier of the cables, making a hermetic seal. But developers are keen for lead to be removed. It’s a challenge in terms of fatigue, is difficult to deal with in terminations and from a sustainability perspective, says Ellis. It’s also difficult to handle because of it weight. This will be the biggest challenge, says Ellis.

There’s also been a push for aluminium, thanks to its lower cost. But its lower weight makes it suboptimal for dynamic cables and it’s more susceptible to corrosion from any water molecule ingress. Ellis says copper would be better and if a “wet” copper design can be qualified this could be done for static cables and then dynamic. However, it could be that aluminium is still used for “dry” static cables, due to it being a third of the price of copper. 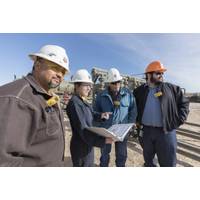 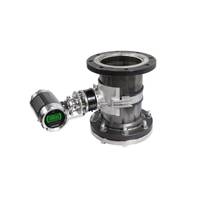