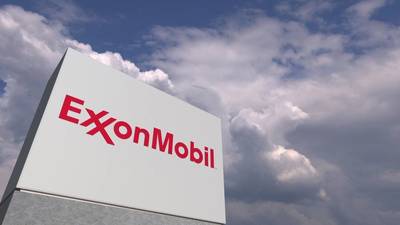 Exxon Mobil Corp on Tuesday throttled back a multi-year investment spree in shale, LNG and deep water oil production and will cut planned capital spending this year by $10 billion as the coronavirus pandemic saps energy demand and oil prices.

Oil companies are reversing 2020 spending and production increases by an average 20% as countries limit air travel, order businesses to close and tell residents to stay home. In a one-two punch to suppliers, crude prices are down nearly 60% this year and demand for fuels is falling sharply.

The largest U.S. oil producer, which last month pledged "significant" cuts to spending, set 2020 capital expenditure at $23 billion and could go lower if required, it said in a statement. Exxon previously expected to spend up to $33 billion and had spent $26 billion last year.

Exxon's market value has fallen 42% this year as the oil-price war between Saudi Arabia and Russia has taken a toll on the energy sector. However, its stock has been a laggard for years, dropping 54% over the last five years compared with an 18% gain in the benchmark U.S. S&P 500 stock index.

(Reporting by Jennifer Hiller in Houston and Arathy S Nair in Bangalore; Editing by Saumyadeb Chakrabarty and Bernadette Baum)