Emergency services said on Tuesday they were dealing with an incident at a British power plant with local media reporting that there had been an explosion at the site.

Police said officers and other emergency workers were in attendance at the Didcot B gas-fired power plant around 70 miles (113 km) west of London but gave no further details.
"We're not sure what's happened yet," a spokeswoman for operator RWE npower said.
(Reporting by Michael Holden)
Email 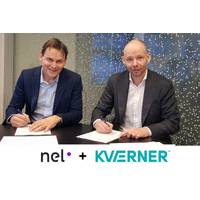