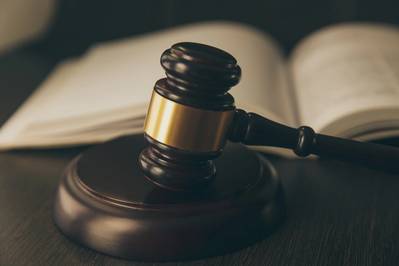 An EnVen Energy Corp co-founder claims the chief executive of the offshore oil and gas producer provided misleading production and financial data to the board and forced him out as president, according to a lawsuit in a Texas court.

David Dunwoody alleges CEO Steve Weyel and other company employees inflated production forecasts presented to its board of directors to influence 2018 and 2019 budgets, according to the lawsuit filed this month and made public on Wednesday.

A 2018 management forecast given to the board included production from third-party assets not owned by EnVen, and a 2019 outlook excluded expected downtime from a major production asset, the lawsuit said.

Weyel, also a co-founder, might have misled the board about 2019 costs associated with the firm's offices in Houston, the lawsuit said. The executives' relationship eroded over the years as Weyel tried to squeeze Dunwoody out of the firm, it added.

"Mr. Dunwoody was subjected to abusive, belligerent and, at times, physically aggressive drunken verbal attacks by Mr. Weyel," according to the lawsuit.

Dunwoody and Weyel formed EnVen in 2014 following a management buyout of its predecessor. The company late last year filed a still-pending registration with the U.S. Securities and Exchange Commission to issue public shares.

EnVen had revenue of $306 million in the first half of 2018, according to its registration statement with securities regulators. In 2017, it posted full-year revenue of $434 million.

In the lawsuit, Dunwoody claims EnVen breached the contract for not providing full benefits outlined in his employment agreement upon his departure from the company.