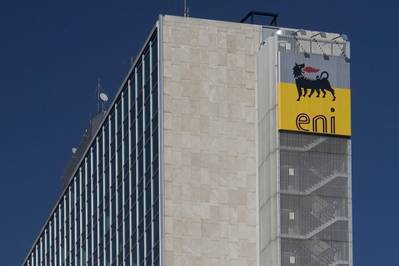 Italian oil major Eni said on Wednesday it has made a major discovery in Block 15/06, in the Agogo exploration prospect, in the deep waters offshore Angola.

The find is Angola's largest offshore discovery in years. Eni said the discovery is estimated to contain between 450 and 650 million barrels of light oil with further upside.

The discovery was made in the Agogo-1 NFW well, located approximately 180 kilometers off the coast and about 20 kilometers west from the N’Goma floating production storage and offloading unit (FPSO). The exploration well was drilled by the Poseidon drillship in a water depth of 1,636 meters and reached a total depth of 4,450 meters, the major said.

The exploration well proved a single oil column of about 203 meters with 120 meters of net pay of high quality oil (31° API) contained in a sub salt diapirs setting in Lower Miocene sandstones with excellent petrophysical properties, Eni said. The data acquired from the well indicates a production capacity of more than 20,000 barrels of oil per day, it added.

The mapping and the drilling of the prospect has been made possible through the use of Eni’s advanced and sophisticated proprietary seismic imaging technologies, it said.

Eni said the discovery opens new opportunities for oil exploration below salt diapirs in the north-west part of Block 15/06.

Agogo is the third discovery of commercial nature since the Block 15/06 Consortium decided to launch a new exploration campaign in 2018, leading to the discoveries of Kalimba and Afoxé.

In Angola, a member of the Organization of the Petroleum Exporting Countries, Eni currently produces about 155,000 barrels of oil equivalent per day. It operates two FPSOs in Block 15/06: N’Goma in West Hub and Olombendo in East Hub produc about 160,000 barrels of oil per day at full capacity. Eni is also operator of the Cabinda Norte Block, located onshore Angola.