Libya's internationally recognized government will start an investigation into a tanker over alleged sanctions-breaking after a period of quarantine ends in two weeks, the coast guard commander who seized the vessel said on Wednesday.The coast guard at Misrata seized the Gulf Petroleum 4 three days ago, Rida Issa said, after the National Oil Corporation (NOC)… 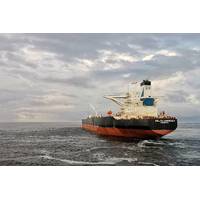 At least two cargoes of Venezuelan crude have been delayed due to health inspections aboard tankers to prevent the spread of the coronavirus, according to an internal document from state oil company Petroleos de Venezuela seen by Reuters.The delays add to a growing glut of tankers loaded with Venezuelan crude that preceded the coronavirus crisis as U.S. sanctions spooked potential customers.

The U.S. state of Alaska is so far distant from the worst medical ravages of the coronavirus pandemic, but its economy is in critical condition. Alaska is especially vulnerable because it depends on oil, tourism and fisheries – basic industries that are reeling from the global coronavirus pandemic – and the state government gets most of its revenue from investment earnings that have now evaporated."Alaska is experiencing a perfect storm…

At least 38 workers from Venezuela's state oil company Petroleos de Venezuela’s, including the president of maritime subsidiary PDV Marina, were detained on accusations of trafficking fuel, Venezuelan Interior Minister Nestor Reverol said on Saturday, describing the accusations as "treason."The move comes just days after other state officials were detained and…

Angola could issue an international arrest warrant for billionaire Isabel dos Santos if she fails to cooperate with a fraud investigation in which she has been named as a suspect, its chief prosecutor was quoted as saying.Angola has named dos Santos, the daughter of former president Jose Eduardo dos Santos, as a suspect over alleged mismanagement and misappropriation of funds while she was chairwoman of state oil firm Sonangol in 2016-2017.

Oil prices fell more than 1% on Tuesday on expectations that a well-supplied market would be able to absorb disruptions that have cut Libya's crude production to a trickle.Brent crude was down 97 cents at $64.23 a barrel by 1258 GMT, having risen to its highest in more than a week on Monday. U.S. West Texas Intermediate crude was down 75 cents at $57.79."Market participants appear to fret less about supply disruptions in the Middle East…

The U.S. Treasury Department on Saturday renewed a license allowing Chevron, the last U.S. energy company operating in Venezuela, to continue working in the country until April 22.In January, the United States imposed sanctions on Venezuela's state-run oil company PDVSA in an effort to oust President Nicolas Maduro, though he remains in power. The Treasury issued Chevron a six-month license to operate… 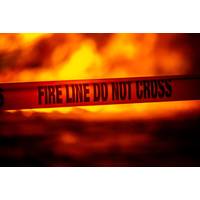 A fire on a pipeline owned by Nigeria's state oil company in the commercial capital Lagos killed three people on Sunday, a Reuters witness said.The blaze broke out in the Abule-Egba district of the southwestern megacity. Residents said it started shortly before 8 p.m. (1900 GMT).A Reuters television camera operator counted three dead bodies at the scene. The fire burned nearby houses and vehicles.Another witness…

Libya's state oil firm NOC on Friday condemned calls to shut oil export terminals in eastern Libya controlled by military commander Khalifa Haftar ahead of a summit in Germany where he will face pressure to halt his campaign to take the capital.Tribal leaders in eastern and southern Libya called on Thursday to shut the terminals in protest at what they called…

China National Petroleum Corp (CNPC), a top investor in Iraqi oil, has withdrawn about 20 employees from the West Qurna-1 field operated by U.S. major Exxon Mobil because of tensions in the region, a company source familiar with the matter said.CNPC made the move on Sunday after last week's killing of Iranian general Qassem Soleimani in a U.S. drone strike in Iraq…

Venezuela has changed the formulas for calculating royalties energy companies pay the government to remove references to fuel oil and some crude grades, driven by stricter rules governing marine fuel emissions, according to a document seen by Reuters.A ban by the United Nations shipping agency, the International Maritime Organization (IMO), on the use of fuels with a sulfur content above 0.5%…

Mexico threw troubled state oil company Pemex a lifeline in 2019 to stop $80 billion in bonds held by investors worldwide being labeled junk by credit rating agencies. Now, investors worry that the state itself is a risk for Pemex.Mexico's creditworthiness came under increasing scrutiny in 2019, with two rating agencies flipping their sovereign outlook for the… 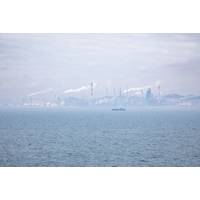 PetroChina's subsidiary refinery, Dalian Petrochemical Corp, plans to have a major turnaround in April-May of 2020, four industry sources told Reuters.The maintenance is scheduled to start from late March or early April and will last for around one and a half months, the sources said.The 410,000 barrels-per-day (bpd) plant in the northeast Chinese port city of Dalian, PetroChina's biggest refinery, is linked to Russia's East Siberia Pacific Ocean 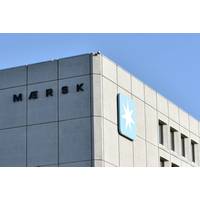 Brazilian authorities on Wednesday targeted Maersk and other companies for allegedly paying bribes to get an edge in securing shipping contracts with state oil firm Petroleo Brasileiro SA, in the latest phase of a sprawling graft probe.Federal prosecutors said in a statement that Denmark's Maersk, the world's largest shipping company, was involved in allegedly paying $3.4 million in bribes related to 11 shipping contracts with Petrobras… 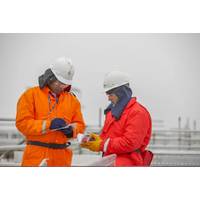 Petrofac, in a joint venture (JV) with the State Oil Company of the Republic of Azerbaijan (SOCAR), has secured a Project Management Services contract to support BP’s operations in Azerbaijan and Georgia.The three-year contract will support both onshore and offshore activity for BP operated projects in the Caspian Sea area including Azeri-Chirag-Gunashli (ACG)… 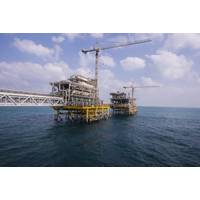 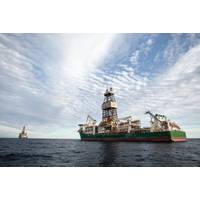 Big oil companies operating in Mexico have launched a drive to convince leftist President Andres Manuel Lopez Obrador to resume auctions of oil and gas contracts he has branded a failure in reviving the industry.Chevron Corp, Exxon Mobil Corp and Royal Dutch Shell Plc, among other firms in Mexico's Association of Hydrocarbon Companies (Amexhi), say they have… 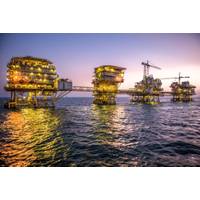