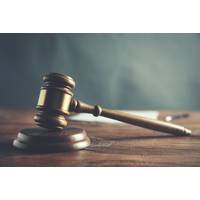 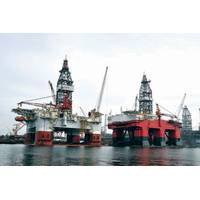 Sembcorp Energy India, an independent power producer, filed draft papers with capital markets regulator Sebi to float an initial public offering (IPO). The company, which has thermal and renewable power assets in India, is promoted by the Singapore Exchange-listed Sembcorp Industries. The IPO comprises fresh issue of shares worth up to Rs 4,095 crore and an offer for sale (OFS) of up to 146,774,194 equity scrips by the existing shareholders, draft papers filed with Securities and Exchange Board of India (SEBI) showed.

Annual revenue lowest since 2006. Singapore's Sembcorp Marine Ltd (SembMarine) swung to profit in the fourth quarter of 2016 after provisions pulled the rig builder into a loss the year earlier, but a downturn in oil prices pushed annual revenue to its lowest in a decade. SembMarine and compatriot Keppel Corp Ltd have been suffering from an oversupply of offshore oil drilling rigs, with customers delaying contracts and refraining from placing orders while oil hovers at about half its 2014 peak.

Sembcorp Industries (Sembcorp) power plant in Chongqing has successfully commenced full commercial operation following the completion of its second 660-megawatt unit. The 1,320-megawatt coal-fired plant comprises two units of 660 megawatts each, with the first unit completed in November 2016. Located in Anwen, Qijiang district, the 1,320-megawatt power plant utilises supercritical technology and is one of the most efficient power plants in Chongqing. With the successful completion… 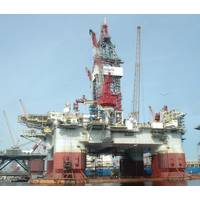 Singapore's Sembcorp Marine Ltd swung to a loss in the third quarter and the rig builder's revenue was hurt by customers deferring rig deliveries amid a protracted downturn in the oil and natural gas market. The company posted a net loss of S$21.8 million ($15.7 million) for the three months ended Sept. 30, compared with a net profit of S$32.1 million a year ago. It said the bottomline was hurt by higher financing costs, share of losses from associates and foreign exchange impact.

Revenue falls 30 pct; order book at S$9.7 billion. Singapore rig-builder Sembcorp Marine's quarterly profit halved as customers deferred projects, and it faces prolonged uncertainty on contracts from its biggest client, Sete Brasil, whose shareholders have approved its bankruptcy. Sembcorp Marine posted a profit of S$55 million ($41 million) for the three months ended March 31, compared with a profit of S$106 million a year ago. Sembcorp Marine and its…