China has increased U.S. crude purchases with some buyers snapping up cargoes at the widest discounts ever as sellers seek to offload excess supplies in Asia, six trade sources said on Wednesday.China started processing in March applications from its companies to waive import tariffs on U.S. energy goods as part of the Sino-U.S. Phase 1 trade deal and they have since bought liquefied… 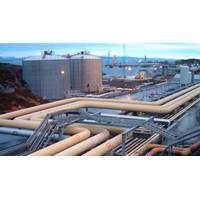 An oil tanker and a Norwegian navy frigate collided off Norway's west coast on Thursday, injuring eight people and triggering the temporary shutdown of a North Sea crude export terminal, Norway's top gas processing plant and several offshore fields.The frigate, which recently took part in a major NATO military exercise, was aground and tilting on one side, live television pictures showed. 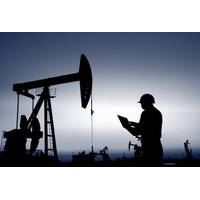 Oil prices rose on Friday as U.S. sanctions on Tehran squeezed Iranian crude exports, tightening supply even as other key exporters increased production.Global crude oil benchmark Brent was up 60 cents at $82.32 a barrel by 1340 GMT. The contract hit a four-year high of $82.55 this week but has been fairly stable during the third quarter, gaining around 3 percent since the end of June.U.S. light crude was up 10 cents at $72.22 a barrel. 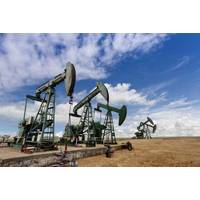 Brent oil prices eased modestly on Wednesday but stayed near their highest level this year, supported by concerns that producers may fail to cover a supply shortfall once U.S. sanctions on Iran come into force in November.Brent, the global oil benchmark, slipped 18 cents to $78.85 a barrel by 1336 GMT, after Tuesday's 1.3 percent rise on a media report that Saudi Arabia, the world's largest oil exporter… 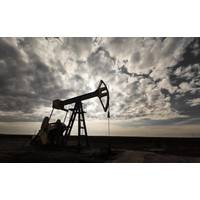 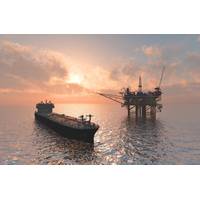 Global oil benchmark Brent fell more than $2 a barrel on Wednesday after U.S. President Donald Trump threatened to levy new tariffs on China and Libya announced the reopening of key oil export terminals.The spectre of tariffs on a further $200 billion of Chinese goods sent commodities lower along with stock markets, as tension between the world's biggest economies intensified.Brent crude fell $2.10… 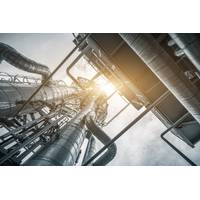 Oil prices fell on Wednesday on increasing signs that Saudi Arabia and other big crude producers may raise supply to balance a surge in demand during the peak U.S. summer driving season.Global oil benchmark Brent crude climbed above $80 a barrel last month, but prices have eased since then on talk of higher output by the Organization of the Petroleum Exporting Countries.Brent was down 35 cents a barrel at $75.03 by 1320 GMT. U.S. 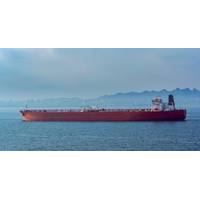 A U.S. decision to reimpose sanctions on Iran is supporting China's newly established crude oil futures, and may spur efforts to start trading oil in yuan rather than dollars, traders and analysts said.Since launching in March, Shanghai crude oil futures have seen a steady pick-up in daily trading, while open interest - the number of outstanding longer-term positions and a gauge of institutional interest - has also surged.Traded daily volumes hit a record 250…

Brent reaches $71.20, highest since December 2014; U.S. crude inventories fall for a record 10th straight week. Oil hit $71 a barrel on Thursday for the first time since 2014, supported by OPEC-led supply curbs, a record-breaking run of declines in U.S. crude inventories and a weaker U.S. dollar. The Organization of the Petroleum Exporting Countries and allies including Russia began to curb supplies in 2017.

North Sea's Forties pipeline shut after cracks found; Forties crude underpins the Brent benchmark. Oil rose above $65 a barrel for the first time since mid-2015 on Tuesday following a shutdown of the UK's biggest North Sea oil pipeline, which helps set the benchmark for global prices. The Forties pipeline, which was scheduled to pump 406,000 barrels per day (bpd) in December, was shut…

Cosmo says considering adding units to process more heavy crude; looking to maximize diesel output at Sakai coker. Japan's Cosmo Oil plans to increase diesel output at its Sakai refinery in Osaka, looking to capitalize on an expected jump in demand when a global mandate for ships to switch to cleaner fuels kicks in from 2020, its top executives said. The company, wholly owned by Cosmo Energy Holdings…

China has opened more than 6,000 trading accounts for its long-awaited crude futures contract - with three-quarters coming from individual traders - as it pushes ahead with plans to compete with global pricing benchmarks. China's oil majors and about 150 brokerages have also registered, but the strong interest by 'mom-and-pop' investors looks set to mark out China's crude futures from western counterparts, which are dominated by institutional investors.

Surging West Texas oil production has pushed the value of the region's spot crude to its lowest discount to the U.S. oil benchmark in nearly two years, as an exuberant shale industry pumps more to take advantage of higher prices and demand from refiners who have seen supplies cut by top global producers. OPEC and non-OPEC suppliers are working toward cuts of 1.8 million barrels per day…

Shell to sell $3B in North Sea Assets

Royal Dutch Shell is nearing the sale of a large part of its North Sea oil and gas assets to private equity-backed Chrysaor for $3 billion, banking sources said, marking a milestone in its drive to reduce debt after buying BG Group. Chrysaor, a North Sea-focused oil company backed by private equity fund EIG Partners, will acquire from Shell a mix of older fields, new developments and…

The quiet demise of China's plans to launch a new crude oil futures contract shows the innate conflict of wanting the financial clout that comes with being the world's biggest commodity buyer, but also seeking to control the market. It has been a long-standing ambition for a new global oil price benchmark to be established in Shanghai, a move that would reflect China's rise to vie with the United States as the world's largest importer of the fuel.

Shell lines up large North Sea asset sale; Gulf of Mexico deal sets deal value at $60/bbl. Royal Dutch Shell's first oil field sale after its $54 billion BG Group acquisition bodes well for its disposal talks in the North Sea, Gabon and New Zealand, according to sources, signalling buyers will meet its expectations on value. The $425 million deal in the Gulf of Mexico is welcome news…

The $425 million deal in the Gulf of Mexico is welcome news for the Anglo-Dutch oil and gas giant which has struggled to kick off its plan to dispose of $30 billion of assets by 2018 or so in order to pay for the February deal and maintain a generous dividend policy amid soaring debt. The sale of the Brutus/Glider fields to U.S. independent oil and gas company EnVen Energy Corp has an implied oil price of around $60 a barrel…

Few analysts expect producers to agree freeze in output; U.S. crude inventories swell to 523.6 million barrels. Oil prices slipped on Thursday as the market focused on oversupply and fading hopes of a production freeze. Global crude oil benchmark Brent was down 15 cents at $48.90 a barrel by 1043 GMT, having closed down 1.8 percent on Wednesday. U.S. light crude oil was down 5 cents at $46.72 a barrel, after dropping 2.8 percent on Wednesday.

Nigeria is assuming an oil benchmark price of $42.5 per barrel for 2017, $45 in 2018 and $50 in 2019 for its budget calculations, the budget minister said on Monday. Nigeria, an OPEC member, has been hit by a series of attacks on oil and gas facilities in the southern Niger Delta energy hub since January that have cut oil production, which was 2.2 million barrels per day (bpd) at the start of the year, by 700,000 bpd.

Petronas to cut spending by $11.4 bln over 4 yrs. Petroliam Nasional Bhd (Petronas) plans to cut spending by as much as 50 billion ringgit ($11.4 billion) over the next four years and review its business structure, as a slump in oil prices hits profits at the Malaysian state firm. The troubles at Petronas, which brings in nearly half of Malaysia's oil revenue, are bound to add pressure to the Southeast Asian economy…