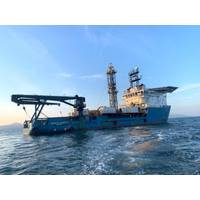 Offshore geotechnical firm Geoquip has completed a month-long geotechnical survey at the Oriel wind farm location offshore Ireland.This work complements last year’s geophysical survey campaign completed during August 2019 by Irish company Alpha Marine. "The data collected during these surveys is essential as it not only contributes to the foundation design but also to the future wind farm layout," offshore wind farm developer Parkwind said.The Oriel offshore wind farm is in the development stage and is located approximately 22km off the coast of Dundalk.Peter Caluwaerts…

The Crown Estate has launched its Round 4 offshore wind leasing competition for the rights to develop at least 7GW of new capacity off England and Wales.The Offshore Wind Industry Council (OWIC) has hailed today’s launch as a major step forward.The Crown Estate, which acts as manager of the seabed around England, Wales and Northern Ireland, is making four broad areas of seabed available to the market, within which potential developers will have the opportunity to bid for project sites.Today’s launch follows over 18 months of engagement with the market and stakeholders through which The Crown Estate has developed and refined its proposals.Huub den Rooijen… 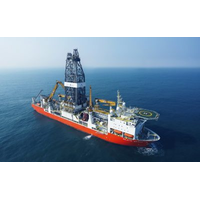 Norwegian drillship and rig operator Fred. Olsen Energy, proposes to sell one of its drilling units and to issue $130-140 million in new equity to pay off debt, as part of a refinancing plan published on Tuesday.The proposal includes issuing about $90 million in new loan capital, paying $580 million to settle outstanding secured debt, and converting bond debt into equity.Existing shares of the company will represent approximately one percent of the share capital after the restructuring.The shares, which have fallen 99 percent over the last five years, closed down 25 percent.Last month, Fred.

NRCAN Grant Triggers Major Investment in the Bay of Fundy 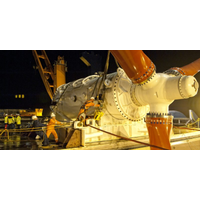 The next wave of tidal energy development at the FORCE facility in the Bay of Fundy Nova Scotia has been triggered by a substantial grant of $29,750,000 under the Emerging Renewable Power Program (ERPP) from Natural Resources Canada (NRCan).European based renewable energy developer DP Energy is managing two berths in the Bay of Fundy through its Canadian registered company, Halagonia Tidal Energy Limited. It intends to develop both berths together as a single project under the banner Uisce Tapa (pronounced Ish ka Ta Pa) which means fast running water in Gaelic.

Asset manager Blackrock and solar energy firm Lightsource have agreed to jointly create a 1 billion pound ($1.3 billion) portfolio of solar power assets in Britain over the next three years, the two companies said on Tuesday. The partnership, called Kingfisher, will initially include 25 of Lightsource's British solar assets with a combined capacity of 156 megawatts (MW), which have already secured government subsidies for their power production. The tie-up comes amid growing demand from institutional investors to access so-called 'real assets' such as energy infrastructure, keen to tap the steady income streams on offer at a time of lower returns in some financial markets.

British plans for more power links with Europe to avert a looming electricity shortfall could be hindered if the country no longer has a say in European Union regulation of networks and power trading. Britain faces an energy supply crunch by the early 2020s as coal power stations close and its oil and gas production declines. To help it plans new interconnectors with France, Denmark, Belgium and Norway to provide up to 14 gigawatts of additional capacity. Its current four interconnectors with Europe provide around 4 GW of capacity. But if Britain leaves the EU… 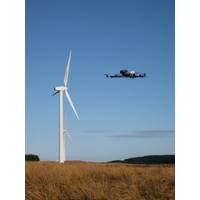 Cyberhawk Innovations, a company in Unmanned Aerial Vehicle (UAV) inspection and survey as well as the conversion of drone-captured data into powerful asset information, said it has secured work with FTSE 100 listed SSE Plc, one of the U.K.’s largest energy companies. The campaign, which began in May this year, will see Cyberhawk carry out close visual inspections of more than 600 blades using UAVs. Work will be completed across wind turbines at various SSE windfarms throughout Scotland, Northern Ireland and Republic of Ireland. Cyberhawk’s drone inspection solution captures images of the entire blade surface of every turbine… 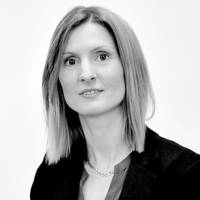 Minesto, developer of the Deep Green marine energy power plant, announced that Fredrik Ahlström has been named Minesto’s Chief Financial Officer, succeeding CFO Charlotta Ekman who will take up the position as Minesto’s Chief Operating Officer. Ahlström joins Minesto as new CFO from Sibelco Nordic, a provider of industrial minerals, where he acted as CFO and led the financial operations of an international group encompassing mining quarries, production, logistics and global sales of industrial minerals. Ahlström also has a background as a financial ERP Consultant (Enterprise Resource Planning) and CFO of a fast growing IT company specialized in global corporate treasury functions.

Coriolis Energy and Ireland's Electricity Supply Board (ESB) have agreed to jointly develop nine onshore wind farms across Britain capable of generating enough electricity to power 225,000 homes, they said on Tuesday. The nine projects would have a combined capacity of around 400 megawatts (MW), with the first expected to be in operation in 2019, they said. The majority of the wind farms will be in built in Scotland but opportunities for new wind farm developments would be pursued throughout the United Kingdom, they said. The nine projects are expected to cost up to 600 million pounds ($918 million).

In a multi-million pound boost to the Northern Ireland economy, Belfast ship builder Harland and Wolff has secured a contract to carry out major work on an oil rig. Dolphin Drilling Limited has awarded H&W the contract for the drydocking and Renewal/Special Periodic Survey of its Byford Dolphin Mobile Offshore Drilling Unit (MODU). H&W Director of ship and offshore unit repair, James Lappin said that this was a significant project for Harland and Wolff and for Northern Ireland. As well as employment opportunities, the supply chain within Northern Ireland will see significant activity in support of the project, he added.

AVEVA Group plc one of the world's leading providers of engineering design and information management solutions has acquired 8over8 Limited from management and certain private individuals. 8over8 is a software business, headquartered in Northern Ireland with operations in North America, Middle East and Australia, providing contract risk management software to the Oil & Gas, Mining and other infrastructure industries. 8over8 recorded revenue of £10.0 million and profit before tax of £3.1 million for the year ended 31 December 2013 and is expected to deliver continued growth in the year to 31 December 2014.

British Prime Minister David Cameron on Wednesday begged Scots not to rip apart the United Kingdom's "family of nations", flying to Scotland to man the barricades against a surge in support for independence eight days before a referendum. Cameron appealed to Scots to use their heads and their hearts when they voted on Sept. 18. He reminded them of their shared history and bonds with England, Wales and Northern Ireland - twice evoking World War Two and the fight against Hitler. He also warned that an independent Scotland could not keep the pound currency, jobs would head south, and the country's security be weakened. 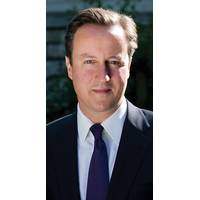 British Prime Minister David Cameron told Scots on Thursday that much of their industry and more than one million jobs could be put in jeopardy if they vote next month to leave the United Kingdom. In a high-stakes gamble three weeks before a referendum, Cameron travelled to Glasgow to spell out the risks of secession, having previously remained largely on the sidelines of the debate due to both his and his Conservative party's limited appeal in Scotland. Ignoring concerns that the campaign to keep the union together has been too negative, Cameron re-entered the fray to warn against the dangers of leaping "into the great unknown".

InfraStrata plc the independent petroleum exploration and gas storage company informed that together with joint venture partners Brigantes Energy Limited and Terrain Energy Limited, it has signed an agreement with Larne Oil and Gas Limited (Larne) with respect to onshore Northern Ireland licence PL1/10 and adjacent offshore licence P2123 (Agreement). Larne is a wholly owned subsidiary of Larne Basin Exploration LLC, a recently formed U.S. based investment company set up for the purpose of investing in oil and gas exploration in the Larne Basin, Northern Ireland. 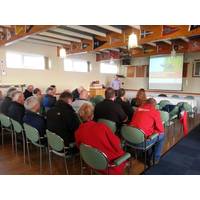 CWind hosted a delegation of 20 businesses from the south east region of Northern Ireland on Tuesday this week. The delegation, led by Energy Connections NI and hosted by the East of England Energy Group (EEEGR) was in the area this week to see first-hand how businesses here have taken advantage of the supply chain opportunities on offer and exchange thoughts on the renewable energy sector with East of England experts. CWind shared insights into its own experience of growing a business in the offshore wind supply chain with the delegation over coffee and tea at the Brightlingsea Yacht Club.

British tidal energy company, Marine Current Turbines Ltd, announced that Siemens is increasing its share in the company to 45%. “With this increase in its stake, Siemens is strengthening its activities in ocean power generation. We will actively shape the commercialization process of innovative marine current power plants,” said Michael Axmann, CFO of the newly founded Solar & Hydro Division within Siemens’ Energy Sector. Marine Current Turbines (MCT) has evolved from a pioneer to a technology leader in horizontal axis marine current turbines and now has 25 employees.