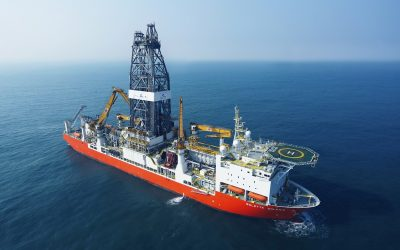 Norwegian drillship and rig operator Fred. Olsen Energy, proposes to sell one of its drilling units and to issue $130-140 million in new equity to pay off debt, as part of a refinancing plan published on Tuesday.

Existing shares of the company will represent approximately one percent of the share capital after the restructuring.

The shares, which have fallen 99 percent over the last five years, closed down 25 percent.

Last month, Fred. Olsen (FOE) said it was edging closer to a deal to solve the company's financial situation, and warned that the deal could require new equity, amendments to the company's bank and bond facilities, and sale of assets.

The refinancing plan calls for the company to sell its Bolette Dolphin drilling unit.

"FOE will continue its discussions with its key stakeholders with the aim of securing the necessary support for its implementation, and note that the proposal remains subject to change following such discussions," the company said.

Fred. Olsen stopped paying its creditors in July to preserve liquidity, making it the latest victim of a slow recovery in the oil and gas exploration sector.