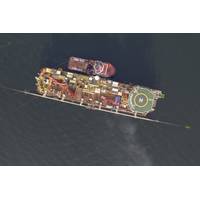 Berlin offered to spend 1 billion euros ($1.2 billion) to build two liquid natural gas terminals in a bid to dissuade the United States from imposing sanctions over the Nord Stream 2 pipeline, due to bring gas directly from Russia to Germany, Die Zeit reported on Wednesday.The weekly paper said Finance Minister Olaf Scholz made the proposal in an Aug. 7 letter before Washington imposed sanctions on companies involved in building the Baltic Sea pipeline, effectively freezing its construction.A… 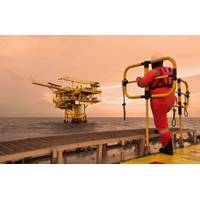 The United States can tackle threats to the climate through technological advances as fossil fuels will remain a priority for the U.S. government and business, the assistant secretary for fossil energy said on Tuesday.The world should look to the United States' ability to reduce its emissions, the Department of Energy's Steven Winberg said at an oil conference in South Africa a day after the Trump administration formally moved to exit the Paris Agreement."We can solve any climate issue with technology development, one thing you see back in U.S.

Höegh LNG Partners, a provider of floating liquid natural gas (LNG) services under long-term contracts, said that with new LNG production facilities in the US and around the world coming on stream, global LNG trade continues to increase.This, together with competitive LNG pricing and environmental arguments, are driving interest in FSRUs world-wide, said the company which owns and operates floating storage and regasification units (FSRUs) which act as floating LNG import terminals. "With an established platform of long-term contracts…

Saudi Aramco to Buy LNG from US

Saudi Arabia’s state owned oil company Saudi Aramco will buy 5 million tons of liquid natural gas per year(LNG) from the U.S. company Sempra Energy, based in San Diego under a 20 year agreement.The heads of agreement (HOA) between the companies anticipates the negotiation and finalization of a definitive 20-year liquefied natural gas (LNG) sale-and-purchase agreement (SPA) for five million tonnes per annum (Mtpa) of LNG offtake from Phase 1 of the Port Arthur LNG export-project under development.

Israel's Delek Group is close to clinching Chevron's oil and gas fields in the British North Sea, which have a price tag of around $2 billion, sources familiar with the matter told Reuters.Delek, via its North Sea oil and gas operator Ithaca Energy, could reach an agreement within days, two of five sources said.U.S. oil major Chevron Corp kicked off the sale of its central North Sea oil and gas fields Alba, Alder, Captain, Elgin/Franklin, Erskine and Jade as well as the Britannia platform and its satellites last July, with the help of U.S. 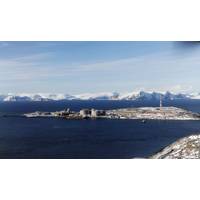 Norway's oil regulator said on Friday it was investigating the causes of an outage earlier this month at Equinor's Hammerfest LNG plant in the north of the country.The plant converts natural gas produced from the Arctic Snoehvit field into liquid natural gas (LNG) which is exported by tankers."Equinor shut down the plant on 11 March 2019 in order to repair deficiencies in a number of safety valves there. 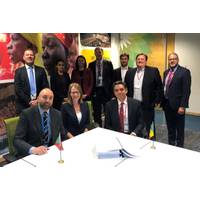 LNG Only Fills Niches in Europe

Although LNG (Liquid Natural Gas) provides a solid supplement to European gas supplies, the EU is and will remain a pipeline market – for good reasons, said Wintershall's new position paper.The report from Germany's largest crude oil and natural gas producer on the importance of liquid gas for Europe said that the liquefaction is highly energy-intensive – the energy consumption corresponds to about 13% of the gas transported.With an energy loss of less than five percent, pipelines are much more energy-efficient. Another argument for pipeline gas lay in its lower costs.

The world's first liquid natural gas (LNG) carrier tanker was named 'Boris Sokolov' and delivered by Guangzhou Shipyard International in Guangzhou City.According to Chinese state media, the Arctic condensate tanker carrier designed to traverse the world's icy northern polar region.With a load capacity of 44,550 tons, the vessel, which is built for for Dynacom of Greece, can sail in the Arctic region without icebreaker-piloting, it said. The vessel is mainly used for transporting condensate oil for the Yamal LNG project in northwest Siberia…

Baltic and International Maritime Council (BIMCO) will begin work on two gas-related contracts in early 2019, an LNG (Liquid Natural Gas) Bunker Purchase Contract and a LPG (Liquid Petroleum Gas) voyage charter party.A press release from the largest of the international shipping associations representing shipowners said that it is planning to develop the new contracts in Asia in an effort to further increase the involvement of its Asian members. Both projects will be developed mainly by experts from the region and managed by BIMCO’s Shanghai office… 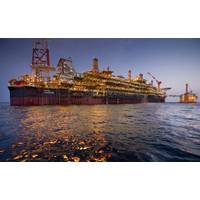 On Saturday, nearly two decades after securing the initial rights, Total's CEO Patrick Pouyanné was in Luanda to snip the ribbon on a $16 billion oil project. It's not clear when he, or his peers, will be cracking open the bubbly in Angola again.Without another mega-project like Total's Kaombo on the horizon and fields getting old, Africa's second-largest crude producer is facing a steep decline unless it can revive exploration in what was once one of the world's most exciting offshore prospects.Sonangol…

McDermott International and Baker Hughes (BHGE), a GE company  announced the selection of front-end engineering design (FEED) studies in advance of a substantial engineering, procurement, construction and installation (EPCI) contract for BP’s Tortue/Ahmeyim Field Development, a major gas project located on the maritime border of Mauritania and Senegal. During this initial engineering phase, McDermott will work on defining the subsea umbilicals, risers and flowlines (SURF) scope for the project, while BHGE will focus on the subsea production system (SPS) scope.

A coastal Oregon county overwhelmingly rejected a ballot measure aimed at blocking a proposed natural gas terminal dealing a blow to what was the latest in a series of efforts to thwart energy projects across the Pacific Northwest. The measure, had it passed, would have banned transport of fossil fuels not intended for local use through Coos County, located about 200 miles (322 kms) south of Portland. Around 76 percent of votes were cast against the measure, with 24 percent in favor, according to unofficial results posted on the Coos County government website late Tuesday.

A coastal Oregon county will vote Tuesday on a ballot measure to block a proposed natural gas terminal, the latest in a series of efforts to thwart energy projects across the Pacific Northwest. The measure would ban transport of fossil fuels not intended for local use through Coos County, located about 200 miles (322 kms) south of Portland. Backers have called the initiative a response to a $7.6 billion proposal by Calgary-based Veresen Inc, to build a facility in the county where natural gas would be liquefied and transferred to tanker ships for sale abroad. 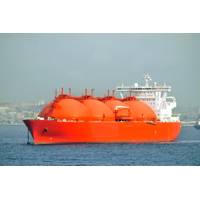 At the end of 2015, global LNG production was approximately 35 bcf/d. By 2019, global supply is set to increase by 40 percent with the U.S. and Australia planning to bring another 15 bcf/d online. However, traditional markets like Europe and Northern Asia are experiencing no demand growth due to several factors, including price controls, competition from other fuels, and regulations. Increasing supply may see LNG ships become floating storage units, similar to what the oil industry has experienced.

Ivory Coast signed a partnership pact on Tuesday to create a consortium headed by France's Total to build a liquid natural gas (LNG) import terminal that could begin receiving gas shipments by mid-2018. Ivory Coast has emerged from years of political turmoil to become one of Africa's fastest growing economies and demand for electricity is increasing by 10 percent annually, according to the energy ministry. "The arrival of LNG in Ivory Coast opens a new era in the production of electricity," Energy Minister Adama Toungara said at a signing ceremony in the commercial capital Abidjan. 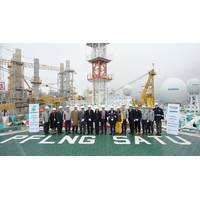 The Wärtsilä 50DF marine engine has been tested and certified to run on ethane (LEG) fuel. The testing program was carried out by Wärtsilä in close collaboration with Evergas, an owner and operator of seaborne petrochemical and liquid gas transport vessels. "We are very pleased that the Wärtsilä engines will be capable of utilizing ethane boil-off gas as fuel. It increases our operational efficiency and improves flexibility in the bunkering of fuels. All in all it results in a significant reduction in operating costs, while also providing a minimal environmental footprint.