The agreement envisages the parties cooperating in research and development activities directed at creating production capacity both for building vessels running on LNG, and in developing LNG infrastructure. The parties also plan collective engagement with shipping companies — potential purchasers of LNG vessels.

A further area of cooperation concerns joint involvement in developing and fine-tuning the regulatory framework for LNG fuel usage within the Russian Federation: Gazpromneft Marine Bunker having already initiated the practical implementation of international standards in LNG bunkering in Russian shipping, in 2018.

Under the memorandum the parties have agreed a joint “roadmap” directed at developing the bunkering LNG bunkering market, with USC analyzing current technical capabilities for developing, building and certifying LNG vessels.

Specialists at Gazpromneft Marine Bunker will be undertaking extensive and integrated analysis of projects to develop LNG “ship-to-ship (STS)” and “shore-to-ship” bunkering infrastructure.

"The economic viability and environmental friendliness of this fuel means the proportion of vessels running on LNG is increasing every year. Gazprom Neft’s collaboration with leading Russian shipbuilders and gas-engine fuel producers will help develop this new market — on the one hand by developing a domestic LNG-fleet, and, on the other, by developing modern, high-tech maritime and river-transport bunkering infrastructure," said Alexei Medvedev Gazpromneft Marine Bunker Acting CEO. 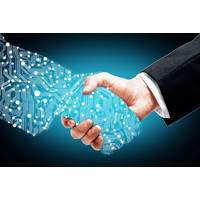 The slowdown of the world economy and plummeting energy consumption have eclipsed most other industry news. Oil exporting…