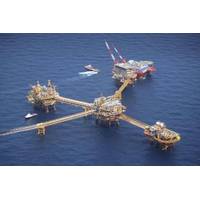 Mexico's government will give state-owned Pemex $5 billion so the world's most indebted oil company can pay off bonds, part of a plan to shore up accounts that also includes refinancing other bonds, the company said on Wednesday.Pemex, burdened by some $104 billion of debt, has a credit profile rated junk by Fitch and risks a downgrade by Moody's in coming months that would require many institutional investors to sell off billions of dollars of its outstanding paper.The $5 billion appeared to be in addition to a $4.4 billion contribution to the company… 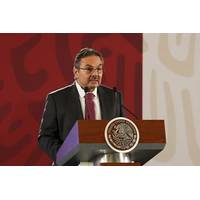 Mexico on Tuesday unveiled parts of a keenly awaited business plan meant to bring the world's most indebted oil company back from the abyss, but its vow of $7.2 billion in government support failed to dispel worries of a ratings downgrade.Octavio Romero, CEO of Petroleos Mexicanos, or Pemex , presented the broad outlines of the 200-page plan at a news conference, saying a complete version would be published later on Tuesday.Romero said the plan… 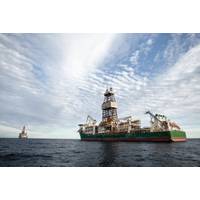 Petroleos Mexicanos will focus on shallow water projects and onshore plays, and avoid investing in its deepwater riches for now, as the ailing Mexican state-run oil company seeks to turn around a 14-year slide in crude production, a top official said on Thursday.Chief Financial Officer Alberto Velazquez outlined the approach the state-owned oil company known as Pemex will take at a conference in the colonial city of Leon on Thursday.He emphasized… 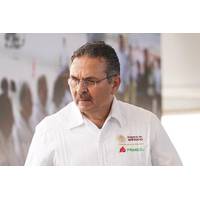 Fitch on Thursday became the first major ratings agency to downgrade the debt of Mexican oil company Pemex to "junk" status, in a major setback for President Andres Manuel Lopez Obrador's plans to revive the struggling state-run firm.Fitch changed Pemex's credit rating from investment grade to speculative grade, or "junk", with a negative outlook, a day after it downgraded Mexico's sovereign debt, a decision criticized by the Mexican finance ministry.The new rating for Pemex is BB+ and that of Mexico's sovereign debt BBB.A second downgrade by Moody's, wh 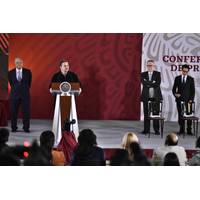 Mexico will offer its ailing state oil company Pemex a lifeline for only one year by dipping into its budget stabilization fund, Finance Minister Carlos Urzua said on Friday, ruling out that the government will absorb the debt.With $106 billion in financial debt, Pemex is the world's most indebted oil company and is teetering on the brink of having its debt downgraded to junk. Investors have shown little enthusiasm about the possibility of a new…

A 'Chicago Boy' Takes the Reins at Petrobras 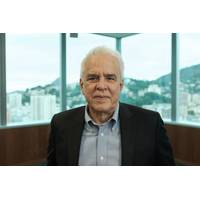 Depending on who you ask, Roberto Castello Branco, the new chief executive of Brazil's Petroleo Brasileiro SA, will either save the indebted oil major - or strip it to the bone.Tapped by far-right President Jair Bolsonaro, who took power on Tuesday, Castello Branco had said in a June newspaper column he thought Petrobras - as the company is known - should be privatized, a hardcore proposal even in an administration packed with free market advocates.He has walked back on that idea since being named as CEO in November… 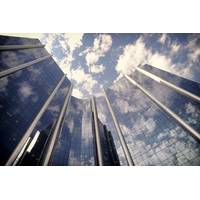 Brazil's Petroleo Brasileiro SA will sell its 50 percent stake in a Nigerian oil and gas exploration venture to a consortium led by top oil trader Vitol for $1.53 billion, the latest step in the state-controlled oil company's debt reduction drive, according to a securities filing on Wednesday.The other 50 percent stake in Petrobras Oil and Gas BV, also known as Petrobras Africa, is owned by Brazilian investment bank BTG Pactual, which in a Wednesday… 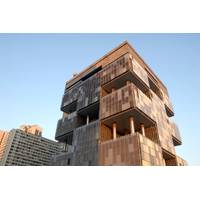 A decision by Petrobras not to invest in drilling new wells has derailed Chevron Corp's plan to resume exploration in a Brazilian offshore field, people familiar with the matter said.Chevron, which operates the field with a 52 percent stake, approved the drilling plan but Petrobras, which holds a 30 percent stake nixed the move, according to two people close to the talks.Brazil's state-controlled oil company, officially known as Petroleo Brasileiro…

Brazil's state-controlled oil company Petroleo Brasileiro said on Friday it prepaid a 2 billion real ($516.13 million) loan due in 2020 from Banco do Brasil, and opened a new credit line for the same amount with the same bank due in 2025.The world's most indebted oil company said that with the new credit line, it has 6 billion reais ($1.55 billion) available from Brazilian banks and $4.35 billion on tap from international banks.($1 = 3.8750 reais)(Reporting by Alexandra Alper)

General Electric Co's unit Baker Hughes is preparing an offer for a production-sharing deal with Brazil's Petrobras, a Baker Hughes executive said on Tuesday, as the state-run oil company seeks creative ways to boost output from mature fields.Reuters reported in June that Baker Hughes was considering a bid, while Halliburton Co and Schlumberger NV were already preparing them, seeking to clinch Petrobras' first-ever tender for a production sharing deal with an oil services company."It's a lot of work. 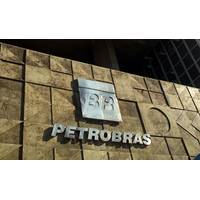 Brazil's Petroleo Brasileiro SA will build its own oil platforms again from 2023, regardless of who wins the presidential election next month, an executive at the state-run oil company said.Petrobras' 2019-2023 business plan, set to be released in December, should include a resumption of platform construction thanks to the company's improving finances, Petrobras' director for production and technology development Hugo Repsold said."We will build platforms independently of who is president…

Brazilian state-controlled oil company Petroleo Brasileiro SA said on Wednesday it would prepay $1.4 billion worth in bonds maturing in 2020, with coupons of 5.75 percent and 4.875 percent.   The amount will be paid on May 3, Petrobras said in a securities filing, adding that the move was part of its deleveraging strategy.   Petrobras is the world's most indebted oil company. Its net debt was nearly $95 billion as of the end of February. (Reporting by Jose Roberto Gomes; editing by Jonathan Oatis)

Brazil's Petroleo Brasileiro SA, the world's most indebted oil company, nearly doubled its fundraising forecast for 2017 but trimmed its target for divestments.   In a presentation following disappointing third quarter results, Petrobras said it expects to raise $22 billion in funds this year compared to a prior forecast of $13 billion.   It expects to divest $7 billion this year, excluding a planned initial public offering for fuel distribution unit BR Distribuidora, below the $8 billion it forecast previously.   Reporting by Marta Nogueira

Brazil's state-run oil company Petrobras said the head of its Bolivian operation was under house arrest due to a disputed payment with a local contractor. Petroleo Brasileiro SA, as the company is formally known, said late on Sunday that $2.5 million of a $9.5 million earthworks contract in the San Antonio petroleum bloc was under dispute. A lawyer for the contractor, Vialco SRL, told Bolivian newspaper El Deber that Petrobras owed it more than $2.5 million, while Petrobras says it had paid in full.

Brazilian oilworkers' unions said they rejected a sweetened pay offer from Petroleo Brasileiro SA in annual salary talks on Wednesday, raising chances of a second major strike in two years at the state-led oil company. Petrobras, the world's most indebted oil company, offered to raise base salaries for its more than 50,000 employees by 6 percent, compared with 4.97 percent in a proposal made last month, representatives of FUP and FNP, the two largest oilworkers' union federations said.

SandRidge to Evaluate Options Including Bankruptcy

SandRidge Energy Inc said on Wednesday it had engaged advisers to evaluate options including a private restructuring or reorganization under Chapter 11. The company said there was substantial doubt about its ability to continue as a going concern. A more than 60 percent fall in oil prices since mid-2014 has eroded cash flows at several oil and gas producers, leaving them struggling to service debt payments. SandRidge, which is working with law firm Kirkland & Ellis and investment bank Houlihan Lokey on debt restructuring options…

Chinese Loan to Petrobras may Clear most Debt

A Chinese loan of up to $10 billion to Brazil's Petrobras could pay nearly all its $12 billion in maturing obligations in 2016, easing pressure on the oil company as it struggles to fix its troubled finances by selling assets and slashing spending. The credit line to Petroleo Brasileiro SA, as state-run Petrobras is formally known, is from China Development Bank and was announced on Friday. It is for $5 billion to $10 billion and can be repaid in cash or oil at China's request, a source involved in debt talks told Reuters.

Brazil's state-run oil company Petroleo Brasileiro SA, or Petrobras, said on Friday it had agreed on the terms of a deal to obtain $10 billion in financing from China Development Bank. Petrobras, the world's most indebted oil company, said in a securities filing the agreement included supplying Chinese companies with fuel, similar to a deal reached in 2009. (Reporting by Caroline Stauffer and Brad Haynes; Editing by Diane Craft)

Brazilian oil regulator ANP has proposed an increase in royalties that could help to shore up state and federal finances at the expense of heavily indebted state-run oil company Petrobras, newspaper Folha de S.Paulo reported on Saturday. Folha said the measure, which is open to public consultation until March 10, could increase government revenue by about 1 billion reais ($250 million) per year through higher taxes on oil fields producing heavier crude.

Brazilian state-run oil company Petrobras will present a five-year investment plan in coming weeks that is even leaner than the $19 billion announced in October, newspaper Estado de S. Paulo reported on Thursday. The plan will likely be presented in February, the newspaper said, citing anonymous sources. In addition to cutting investment in areas such as onshore and shallow water areas, Petrobras may have to add more assets to its list of 26 currently for sale, it said.