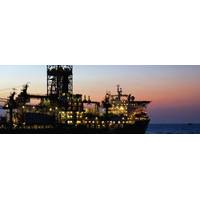 American petroleum and natural gas exploration and production company Anadarko, on behalf of the Mozambique Area 1 partners, signed a deal with Bharat Gas Resources (BGR) for the supply of liquefied natural gas (LNG) volumes from the Mozambique LNG development.The sale and purchase agreement (SPA) is for 1 million tonnes per annum (MTPA) for a term of 15 years. BGR is a wholly owned subsidiary of Government of India controlled  oil and gas giant Bharat Petroleum Corporation Ltd.

Siemens Gamesa Renewable Energy (SGRE)  has won a new order in India from ReNew Power, India's large largest renewable energy independent power producer (IPP), for the supply of 270 SG 2.1-122 wind turbines with a total capacity of 567 MW.The agreement is one of the largest announced in India and will see Siemens Gamesa provide the infrastructure needed to install and operate two wind power facilities, 127 SG 2.1-122 wind turbines for the project in Bhuj… 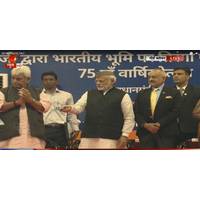 Indian Prime Minister Narendra Modi laid the foundation stone of the 50 Mega Watt liquefied natural gas (LNG) based power project in south Andaman. The will take around 18 months to be operational.NTPC Limited’s wholly-owned subsidiary NTPC Vidyut Vyapar Nigam (NVVN) will build the plant which is expected to improve the quality of life of the residents of Andaman and Nicobar Islands and boost the economic development.The plant shall be operational through…

The Government of India, acting through the Directorate General of Hydrocarbons, Ministry of Petroleum and Natural Gas has granted its approval for a 10-year extension of the Production Sharing Contract (PSC) for Vedanta subsidiary Cairn, Oil & Gas at the onshore Rajasthan Block RJ-ON-90/1.The tenure of the RJ Block PSC, which was due to expire on May 14, 2020, has been extended for an additional period of 10 years with effect from May 15, 2020. 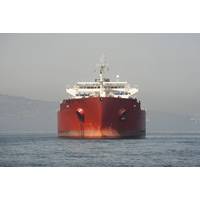 Indian refiners cut imports of Iranian oil last month as they started weaning their plants off crude from the country to avoid sanctions by the United States that are set to take effect in November.India's monthly oil imports from Iran declined to 592,800 barrels per day (bpd) in June, down 16 percent from May, according to data from industry and shipping sources.The United States in May said it would reimpose the sanctions after withdrawing from a 2015 agreement with Iran… 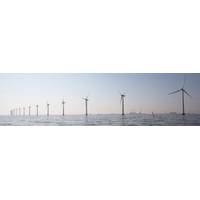 DNV GL, the world’s largest resource of independent energy experts and certification body, is today showcasing the final reports in a study which demonstrates the commercial and technical feasibility of the offshore wind market In India. Co-funded by the European Union (EU), GPCL and ReNew Power the Facilitating Offshore Wind in India (FOWIND) project will enable organisations to make future investments in the region. India has made strong commitments under the UN Paris Climate Agreement and announced ambitious renewable energy goals in 2015…

The Indian Government has proposed to implement utility-scale Solar Photovoltaic Power Plant projects at various major ports across the country. The funds for establishment of solar power projects are arranged by the major ports from their own resources and no funds have been released from the Ministry of Shipping, Government of India. According to Minister of State for Shipping P. Radhakrishnan  the objectives of this Green Port initiative launched by it is to contribute to carbon emissions reduction and consequently help improve the environment. 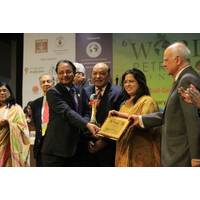 Adani Enterprises Ltd, the flagship company of the Adani Group, a global integrated infrastructure player, was today awarded the prestigious “Energy and Environment Foundation Global CSR Awards 2016” in the Platinum category. The Award was presented on the final day of the 6th World PetroCoal Congress - 2016 held in New Delhi on 17th February, 2016. Mr. Uma Shankar, Adani Enterprises Ltd received the award that was presented by Ms. Meenakshi Lekhi, Hon’ble Member of Parliament in the Lok Sabha amidst high profile delegates. Present in the audience. Mr.

Cairn intends to announce its preliminary results for the year to 31 December 2015 on Tuesday 15 March 2016. In advance of these results, Cairn is providing information on recent operations and guidance in respect of the Group’s trading performance in 2015. This information is unaudited and is subject to further review. Simon Thomson, Chief Executive, Cairn Energy PLC said, “Cairn is delighted with the positive flow tests on the SNE-2 appraisal well confirming the commercial deliverability of the SNE discovery.

Chevron selling 135 mln shares at 9.7 pct discount to Fri close. U.S. energy firm Chevron is seeking to sell its entire stake in Caltex Australia Ltd for about A$4.6 billion ($3.6 billion), exiting Australia's biggest refiner after nearly 40 years as falling oil prices and high costs hurt margins. A successful sale of Chevron's 50 percent stake, which the company is offering at a discount to market prices, would make the deal Asia's largest block transaction after the government of India raised $3.6 billion by selling a stake in Coal India Ltd in January.

Oil explorer Cairn Energy has filed a dispute notice against the Indian income tax department over a $1.6 billion tax claim from the 2006-2007 fiscal year, the company said on Tuesday. The dispute notice was filed under the terms of the UK-India Investment Treaty, meaning the Indian government and Cairn will now start negotiations to find a resolution to the dispute, Cairn said. If no agreement is made, an international arbitration panel will rule on the matter, it added. 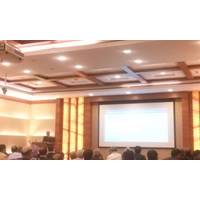 As the Industry waits for the Ministry of Shipping, Government of India to roll out the much hyped policy to boost Coastal Shipping and Inland Waterways transport, ClassNK & Indian Register of Shipping (IRS) took the first step to conduct a workshop on “Super Eco Ship For India Coastal Trade” as a strategy to be first to cash in on the opportunities when the policy gets implemented. Held in Mumbai last week at the IRS auditorium, both the classes presented to the gathering of ship owners…

Reducing accidents depends on knowledge, skill and just as importantly, attitude, says the Indian Maritime Administration. And, human error is not always just seafarer error. As the government of India strives to raise India’s share of the global seafaring community from 7 to 15 percent by 2020, at the same time, it struggles with the reality of an escalating death rate attributed to accidents and suicides among Indian mariners. According to the casualty figures released by the Directorate General of Shipping…

Guideline 2014” notified on January 10, 2014. The continuing delay on part of the Government of India in notifying the price in accordance with the approved formula for the Gas to be sold has left the Parties with no other option but to pursue this course of action. Without this clarity, the Parties are unable to sanction planned investments of close to $4 billion this year. In addition, this will also delay the ability of the Parties to appraise and develop other significant discoveries made last year.