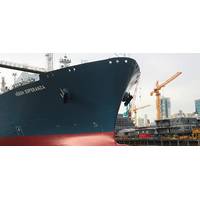 The trading arm of China National Offshore Oil Corp (CNOOC) struck a three-year lease for a bigger floating storage and regasification unit (FSRU) from Hoegh LNG as it seeks to boost imports of liquefied natural gas (LNG).In a statement, shipowner Hoegh LNG said its Esperanza FSRU was contracted to CNOOC Gas & Power Trading and Marketing.The floating liquefied natural gas (LNG) import terminal will be based in Tianjin as a replacement for Hoegh's GDF Suez Cape Anne FSRU, recently redeployed from China to India.The Esperanza is larger…

FLNG Production Bows out as US Exports Roil Market 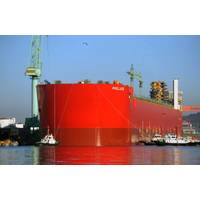 Once considered the future of gas production, floating liquefied natural gas (FLNG) projects have been firmly relegated to the backburner as global gas producers seek cheaper ways to compete with a surge in U.S. shale supplies and slumping prices. FLNG projects - mega tankers fitted with gas extraction and liquefaction facilities - allow producers to tap offshore gas wells and ship LNG without having to build costly pipelines to onshore plants. Owners can move the vessels to new fields when production at an old one ends, slashing asset end-of-life costs.

Saudi Arabia's ACWA Power [IPO-ACWA.SE] plans to raise $8 billion of debt in the first half of this year to finance projects that will help to boost its generating capacity by a third by the end of 2016, its CEO told Reuters. The plan comes in the face of difficult market conditions for Middle Eastern developers, with regional governments reassessing expenditure at a time of lower oil prices that have also served to squeeze liquidity in the region's banking system. Yet the need for new projects remains undiminished because of rising demand for power as the region's increasingly wealthy populations continue to expand. 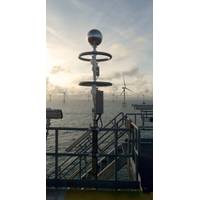 Meteorological product specialist Biral has created a solution that aims to improve the safety of offshore operations since introducing its BTD-300 Thunderstorm Detection equipment. The detector can be used across multiple industries and has proved to be a particularly effective device for offshore operations as confirmed by the results of a North Sea application, the developer said. Biral supplied the BTD-300 to Cofely Fabricom – GDF Suez to install the system on a substation for the C-Power Thorntonbank wind farm 33 kilometers off the Belgian Coast. 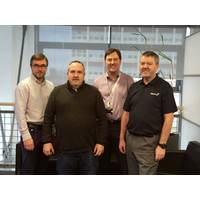 Headquartered in the UK with offices around the globe, including Kuala Lumpur and Houston, Datum360 has been appointed the contract by BP to deliver a data warehouse to Azeri-Chirag-Deepwater Guneshli (ACG) project located 100km east of Baku. BP’s Category B projects cover three major oilfields in the Azeri sector. These oilfields span over seven platforms including Chirag, Central Azeri and Deepwater Gunashli and have transformed Azerbaijan into a major global energy supplier whilst also redefining Europe’s energy map.

Transparency Market Research (TMR) have given a detailed insights and analysis of the global market for LNG bunkering fuel in its recently published market research report. On the basis of capacity, the market, which had a valuation of mere 70 kilo tons in 2013, is projected to expand at an astounding 63.6% CAGR between 2014 and 2025 and reach 22,540 kilo tons by 2025. The report includes an analysis of market’s historical statistics to present an overview of the growth trajectory exhibited by the global…

GTT announced that its Board of Directors met on October 14th and appointed two new members, Andrew Jamieson and, following the proposal of ENGIE, Benoît Mignard. They are succeeding respectively to Laurent Maurel and Olivier Jacquier, both resigning from their mandate. As a reminder, Sandra Lagumina was also following the proposal of ENGIE, appointed by the Board of Directors that met on the 21th of July. She succeeded to Secil Torun. Andrew Jamieson and Benoît Mignard will be joining the Compensation and Nominations Committee and the Audit and Risk Management Committee respectively.

French gas and power group Engie has signed a mandate with Bank of America Merrill Lynch for the sale of its gas plants in North America, French weekly La Lettre de L'Expansion reported on Monday. An Engie spokesman declined to comment on the report. Engie unit GDF Suez North America has an ownership interest in 13.1 gigawatts of electric power and co-generation capacity, of which close to 1 GW is powered by renewable sources, according to the firm's financial documents. Reporting by Geert De Clercq 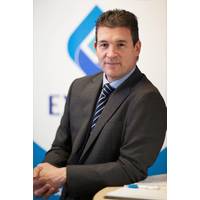 The world’s first online information management system for the offshore decommissioning market has been launched by well management and performance improvement specialist, Exceed. The Aberdeen-based company has invested in excess of $472,000 in the development of iVISION, an online platform which connects multi-location, multi-discipline teams and business units through one central point where information is securely stored and accessed. iVISION integrates safety management, technical information and video to drive continuous improvement, enhance knowledge transfer and reduce the cost of current and future projects.

Brazil oil regulator ANP named the first 12 companies on Friday that have been approved to participate in an upcoming auction of oil and natural gas exploration areas. The companies that will take part in the auction, scheduled for Oct. 7, include Portugal's Galp Energia, Petro Rio , Royal Dutch Shell, Angola state oil company Sonangol and Engie, the ANP said. Petro Rio was previously known as HRT Participacoes SA, while Engie was formerly GDF Suez. (Reporting by Roberto Samora and Caroline Stauffer; Editing by Peter Galloway)

Nigeria Liquefied Natural Gas Company (NLNG) expects to take delivery of four LNG carrier ships before year-end and another two next year, its chief executive said, positioning the state-backed gas exporter to expand its share of the growing market. NLNG signed agreements with South Korea's Samsung Heavy Industries and Hyundai Heavy Industries in 2013 to acquire six LNG carrier ships, costing more than $1.2 billion, to boost its fleet of 23. It had tapped South Korea Export and Import Bank and other lenders to fund the construction, CEO Babs Omotowa said. 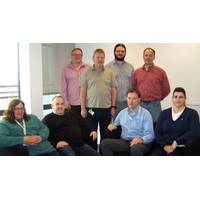 Launching Datum360 in 2009 as an engineering information consultancy, founders Steve Wilson and Dave Mitchell have turned the company into a £1.8 million turnover business that within the last three years has become one of the U.K.’s leading providers of Software as a Service (SaaS) to the oil and gas sector. Providing information management software to oil and gas clients across the globe including Houston and Kuala Lumpur, the Middlesbrough-based company has increased its sales by 70 percent in the last 6 months alone- despite challenges faced in the industry…

Eni to send 1.4 mln Tonnes/Year of LNG to Indonesia

Italian oil firm Eni on Tuesday signed agreements to sell 1.4 million tonnes per annum (mtpa) of liquefied natural gas from an Indonesian deepwater project to state-run company Pertamina. Production will start in 2017 and come from the Jangkrik Field Development Project offshore Indonesia, a block in which Eni holds a 55 percent operating stake. Gas from the project will be piped to the country's Bontang LNG plant, where it will be liquefied. "It is one of the first deepwater gas projects in Indonesia being developed under a fast-track scheme…

French gas and power group Engie (formerly GDF Suez) hopes to make acquisitions in the exploration and production of oil and gas in coming months, its head of International Exploration and Production said on Thursday. "We want to have reserves of more than one billion barrels of oil equivalent. We have no timing for this target, but going above this level means acquisitions," Didier Holleaux told an Engie seminar. At the end of 2014, Engie had about 760 million barrels of oil equivalent, more than 13 times the 55.5 million barrels it produced last year. "Acquisitions are unpredictable.

Guidelines have to become standardised; Green bonds offer way to fund capital intensive projects. Engie, the utility formerly known as GDF Suez, this month launched the biggest green bond to date and found it was three times over-subscribed, in what analysts say is a mere baby step towards the maturing of green investment. A growing number of investors and energy firms say fixed-income bonds are a user-friendly way to raise the huge amounts of capital needed for a transition to lower carbon energy. The overall size of the market for green bonds tripled last year and could triple again this year to reach around $100 billion…

Oil and gas firm Statoil hit a dry well in the Southern part of the Norwegian Sea, the Norwegian Petroleum Directorate said on Friday. The well was drilled in production licence 348 C about four kilometres North of the Hyme field. Statoil is the operator of the field and has a 35 percent stake. Other partners include Core Energy with 22.5 percent, E.ON with 17.5 percent, GDF Suez with 15 percent, Faroe Petroleum with 7.5 percent and VNG with 2.5 percent. Reporting by Stine Jacobsen

A liquefied natural gas (LNG) delivery bound for Britain may have been diverted on Wednesday towards North America, according to live ship-tracking data on Reuters Eikon. The GDF Suez Point Fortin tanker was initially due to unload its Algerian cargo in Britain's Isle of Grain terminal on May 6-7. Shipping data shows it has changed course four times in the past 48 hours, before finally breaking out of its previous shipping channel earlier on Wednesday. The 154,200 cubic metre capacity vessel is still listed as bound for Britain, even though it has deviated course.

LNG Tanker Due in UK Around May 6

Britain's Isle of Grain liquefied natural gas (LNG) import terminal is set to receive the GDF Suez Point Fortin tanker on around May 6, live ship-tracking data on Reuters Eikon shows. The 154,200 cubic metre capacity vessel is currently off the Portuguese coast and is listed as inbound for the Isle of Grain. The vessel appears to have last docked at Algeria's Arzew LNG export plant, where it may have loaded its cargo. Reporting by Oleg Vukmanovic

GDF Suez Says Interested in Some of Areva's Activities

French gas and power group GDF Suez is interested in some of the activities of nuclear firm Areva, a spokesman for the company told Reuters on Monday.   He declined to comment on a report in French financial daily Les Echos which said that GDF Suez - which is changing its name to Engie - had mandated Credit Agricole, Rothschild, Greentech Capital Advisors and Gimar to study a possible acquistion of some of Areva's services to the nuclear industry.     (Reporting by Geert De Clercq; Editing by James Regan)