Production at Israel's offshore Leviathan natural gas field will resume in the coming hours after an emergency shutdown on Saturday, the project's operator Noble Energy said [on Saturday].The platform's flare system had been activated to burn off excess gas, generating a flame visible from shore, in what Israel's Energy Ministry called an "emergency closure."Noble initially referred to it as an "operational event" but updated later it had been a false alarm caused by a gas detector failure."All the safety systems on the rig are working properly and natural gas production from Leviathan is expected to resume in the coming hours…

The collapse in oil prices to 21-year lows has led potential buyers of oil and gas fields to try and renegotiate deals already agreed at higher prices, with the first examples emerging of sellers having their hand forced.At a time when most oil companies are slashing budgets, dividends, and headcounts to preserve cash, sellers are facing a difficult choice between sweetening the deal or risking losing it altogether.Premier Oil's CEO said he is seeking a cheaper price for North Sea assets it agreed to buy from BP for $625 million…

Israeli energy conglomerate Delek Group said on Sunday it was in talks to sell royalty rights to two small natural gas fields and was amending its proposed share offering.Delek said it planned to sign a 300 million shekel ($85 million) deal to sell the rights to its share of royalties from the Karish and Tanin gas fields offshore Israel in the coming days.The group has been hard hit by the drop in energy prices and has been selling assets to raise funds and appease bondholders.Israel's Calcalist news website reported that a deal that would reassure bondholders was close…

Heriot-Watt University researchers are to map out the UK’s best sites for carbon capture by studying the geology of depleted gas fields in the North Sea.The team led by Professor John Underhill will use data from industry regulator the Oil and Gas Authority's (OGA) National Data Repository (NDR), which was opened up to access for the first time in 2019.Professor John Underhill said: “The Southern North Sea faces three of some of the UK’s largest carbon emission areas: the industrial hubs of Teesside, Humberside and the Thames estuary.“It… 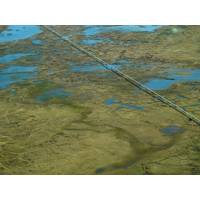 U.S. Geological Survey (USGS) department estimated that Alaska's Central North Slope 3.6 billion barrels of oil. Assessment also included estimate for 8.9 trillion cubic feet of natural gas.This assessment does not include discoveries made by industry between 2013 and 2017.“Alaska is synonymous with energy, and this assessment just reinforces that,” said USGS Director Jim Reilly. “The State of Alaska and its industry partners have responsibly produced billions of barrels of oil from Prudhoe Bay, and we think there are still billions…

UK-based international oil and gas exploration and production company Energean Oil & Gas and the Public Gas Corporation of Greece (DEPA) have agreed to cooperate to further support the EastMed Pipeline Project.The have signed a Letter of Intent (LoI) for the potential sale and purchase of 2 BCM natural gas per annum from Energean’s gas fields offshore Israel, where Energean is investing $1.7 billion for the development of the Karish & Tanin fields through the FPSO “Energean Power”.DEPA, as a 50% shareholder of the IGI Poseidon… 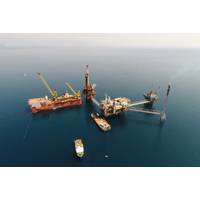 Mediterranean-focused oil and gas producer Energean has joined a U.N.-backed initiative and committed to reducing its net carbon emissions to zero by 2050, its chief executive said on Monday.Oil and gas producers have come under heavy pressure in recent years to tackle greenhouse gas emissions as the world battles climate change.Energean's pledge came as the 25th annual United Nations Climate Change Conference — also known as COP 25 — begins in Madrid.The company said in a statement it was the first London-listed oil and gas exploration and production company to commit to the UN's efforts to limit global warming to 1.5 degrees Celsius above pre-industrial l

Malaysian oil and gas company Petronas named its second floating liquefied natural gas (LNG) facility, the PFLNG Dua, in a ceremony in Geoje, South Korea.The floating LNG facility is designed to extract gas from deepwater gas reservoirs in depths up to 1,500 meters.With PFLNG Dua, the national oil and gas company of Malaysia owns and operates two floating LNG facilities, following the success of PFLNG Satu which has been in operation since 2017. This achievement demonstrates Petronas’ strong position in the LNG industry leading the way in innovative solutions to ensure a reliable and secure supply of LNG to meet the growing demand for cleaner energy.

West of Shetland production likely to overtake North Sea for Shell and BP’s UK portfolios by 2020, said a report.Over the last four years oil and gas production in the West of Shetlands has risen and with that, a growing relevance for the biggest players still active in the UK continental shelf (UKCS), says GlobalData.The company’s latest research reveals that the West of Shetland (WoS) area retains the attention of major Exploration and Production (E&P) players in the region; however infrastructure restraints could hinder future growth potential in the basin.Despite the US based E&P majors… 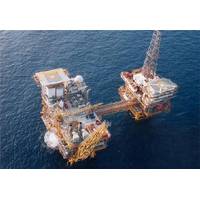 China Petroleum & Chemical Corp, known as Sinopec, said it has secured 8.81 billion cubic metres (bcm) of natural gas for northern China for the upcoming winter heating season, state-owned Xinhua News Agency reported on Tuesday.That was up 15.5% from 7.63 bcm in the previous heating season.CNOOC Group, China's largest offshore oil and gas producer, plans to supply around 24.5 bcm gas, or 1.5 bcm more than last year, across the country, Xinhua reported.The country's top oil and gas producer, China National Petroleum Corp (CNPC) did not give the amount of gas it will supply in the winter, but said that it will boost output in major gas fields such as Changqin

The cost of developing two major Norwegian oil and gas fields has increased due to the complexity of the projects, with the start of production delayed for one of them.The Ministry of Petroleum and Energy reports on the status of major projects that are currently undergoing development or have recently started operation.Thirteen of Equinor’s projects are on this list. Eight of the projects have reduced costs since submitting their plans for development and operation, one project remains unchanged, while four projects have reported higher costs.Two projects have seen an increase greater than 20 per cent… 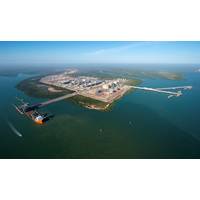 Inpex Corp, Japan's top oil and gas company, wants to expand in Australia at its Ichthys liquefied natural gas (LNG) plant and through potential acquisitions, as part of a plan to become a major regional gas company, its Australian boss said."In Australia our focus is on fully utilizing our Ichthys LNG facilities while creating a solid base for future expansion," Inpex's president director for Australia, Hitoshi Okawa, told Reuters in an interview on Friday.Inpex completed construction last year on its first LNG project, the $45 billion Ichthys LNG project in Darwin at the north end of Australia… 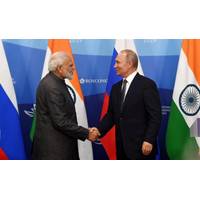 India and Russia have agreed on a five-year roadmap to step up cooperation in the hydrocarbon sector, including investment, not only in exploration and production in each other's oil and gas fields but also in downstream projects.India invited Russian companies to invest in its oil refining and petrochemical projects as the two nations vowed to increase energy cooperation going beyond LNG supplies and stakes in Russian oil and gas fields.According to a joint statement issued after India Prime Minister Narendra Modi's annual bilateral summit with Russian President Vladimir Putin in Vladivostok… 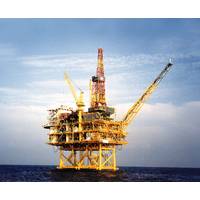 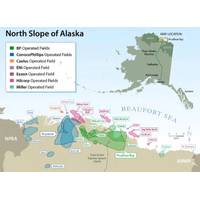 British oil major BP Plc on Tuesday agreed to sell all its Alaskan properties for $5.6 billion to privately held Hilcorp Energy Co, exiting a region where it operated for 60 years.The deal, which includes interests in the most prolific oil field in U.S. history at Prudhoe Bay, and the 800-mile (1,300-km) Trans Alaska Pipeline, is part of BP's plan to raise $10 billion over the next two years through asset sales to further strengthen its balance sheet, it said.For years, BP has been reducing its role in Alaska, where oil production for fallen with declines at the Prudhoe Bay field. 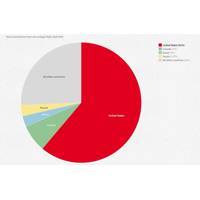 A staggering 61% of the world’s new oil and gas production over the next decade is set to come from one country alone: the United States.According to a report by Global Witness, the sheer scale of this new production dwarfs that of every other country in the world and would spell disaster for the world’s ambitions to curb climate change – the effects of which we’re already witnessing through massive heat waves, flooding, and extreme weather.Earlier this year, we crunched the numbers from the latest climate science and industry…

UK-based Neptune Energy has agreed to acquire interests from Wintershall Dea in certain oil and gas fields in the Emsland and Grafschaft Bentheim regions in Germany.With this agreement, Neptune will increase its existing interest in the Bramberge, Meppen and Annaveen oil fields of the Emsland region, as well as various gas fields in the Grafschaft Bentheim region.Approximately 600 barrels of oil equivalent (boe) of daily net production will added to Neptune’s production in Germany – an increase of around five per cent.Neptune is… 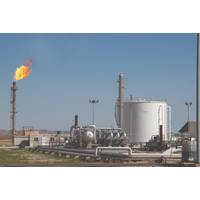 Sharjah-based gas giant Dana Gas has announced that its share of the proved plus probable (2P) hydrocarbon reserves at Pearl Petroleum Company’s Khor Mor and Chemchemal Fields in the Kurdistan Region of Iraq have increased by 10 percent, following the recent certification of reserves by Gaffney Cline Associates, GCA.The independently audited report, prepared by Gaffney Cline on behalf of Pearl Petroleum, showed that the total share for Dana Gas (35% shareholder in Pearl Petroleum), is equivalent to 1,087 million barrels of oil equivalent (MMboe)… 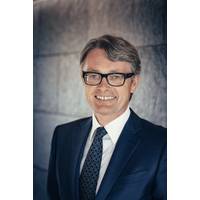 Norwegian investment firm Aker could launch its planned initial public offering (IPO) of Aker Energy in late 2019 or in 2020, depending on when Ghana approves the development plan of its Pecan oilfield, the CEO said.The company, controlled by Norwegian billionaire Kjell Inge Roekke, has said it wants to make Aker Energy a leading exploration and production company on Ghana's continental shelf."My educated guess is a late 2019 or during the course of next year," Aker Chief Executive Oeyvind Eriksen told Reuters when asked about the IPO plans.Ghana's authorities are expected to approve Aker Energy's revised $4.4 billion development plan for its offshore Pecan 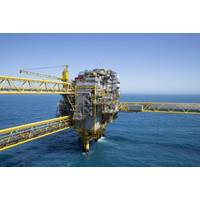 French oil major Total SA said on Thursday it would cut 200 jobs in Denmark as part of the redevelopment of the Tyra gas fields in the North Sea.Total, which bought A.P. Moller-Maersk's oil and gas business in 2017, will shut production at the Tyra gas fields at the end of 2019 as part of a major redevelopment."Unfortunately, the changes mean that a number of valued colleagues will leave us," Patrick Gilly, managing director for Total's Danish North Sea operations said in a statement.When the field comes back on stream in 2022…