Estonia's energy group Eesti Energia is all set to import gas from Russia's largest private gas company Novatek via Lithuania's LNG terminal based in Klaipeda, which is operated by KN,  in September.The contract with the new Klaipeda LNG terminal user was signed on Thursday. It is planned that the first cargo of  Eesti Energia in the history of Klaipėda LNG Terminal will arrive in Klaipėda at the end of September. “The contract signed with Eesti Energia confirms that…

Lithuania Plans to Buy an FSRU 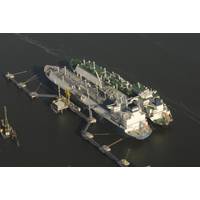 Lithuania has given the go ahead to state-owned Klaipedos Nafta to purchase a liquefied natural gas (LNG) storage vessel by late 2024, as it shores up energy supplies and reduces its reliance on Russian natural gas.Klaipedos Nafta is currently leasing a floating storage and regasification unit (FSRU), called Independence, from Norway's Hoegh LNG.The use of the vessel has allowed Lithuania to import LNG since 2014, breaking the monopoly Russia's Gazprom had on natural gas supply to the country as well as neighboring Latvia and Estonia."This will keep us able…

Finland could in future receive gas from Norway via a network of pipes being planned through the Baltic countries and Poland, as part of an effort to reduce its dependency on gas imports from Russia.Helsinki and Tallinn are constructing a gas pipeline under the Gulf of Finland to Estonia, called Balticconnector and with a capacity to transport 7.2 million cubic meters of gas per day."The plan is for Finland to get fully connected to the European gas network and access gas from other sources such as ...

AS Tallinna Sadam and AS Alexela Invest signed a Memorandum of Understanding (MOU) for finding the best solutions for the development and implementation of LNG terminal and servicing LNG tankers and bunkers; and establishing port facilities for loading and unloading LNG on the Pakri peninsula by the Lahepere bay in Paldiski.Tallinna Sadam and Alexela will continue to negotiate the conditions for joint activities with the aim of reaching the contract by the end of 2020.According to the MOU…

Azerbaijan's Socar is refocusing its trading arm's activities on LNG and its new Turkish refinery while winding down less profitable trades as it feels the sting of weak profits, sources familiar with the matter said.Many trading houses had weaker performances in 2017 due to a less lucrative, backwardated market structure for much of the year and relatively low volatility.Geneva-based Socar Trading also was stung, costing its chief executive Arzu Azimov his job.The firm was set up in 2007 and has become a global player in the last few years…

Gazprom said on Friday that anti-trust talks with the European Competition Commissioner Margrethe Vestager had made progress. The Russian state-controlled company is fighting allegations of overcharging customers and blocking East European rivals in contravention of EU rules. It denies the allegations. Gazprom said it and the European Commission had agreed to continue work on "seeking a mutually acceptable solution" in relation to the EU's investigation into the company's practices. 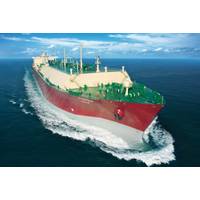 Lithuania received its first spot shipment of liquefied natural gas (LNG) from the United States on Monday, the result of a deal aimed at reducing dependence on Russia and consolidating relations with Washington amid increased tension in the region. Russia's annexation of Crimea in 2014 has spooked the Baltic states, once ruled from Moscow but now members of both NATO and the European Union. "This is crucially important for the whole region," said Lithuania's Foreign Affairs Minister Linas Linkevicius.

Trump to Promote US Natgas Exports in Russia's Backyard 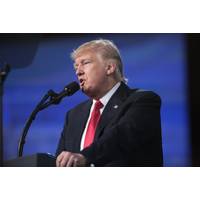 President Donald Trump will use fast-growing supplies of U.S. natural gas as a political tool when he meets in Warsaw on Thursday with leaders of a dozen countries that are captive to Russia for their energy needs. In recent years, Moscow has cut off gas shipments during pricing disputes with neighboring countries in winter months. Exports from the United States would help reduce their dependence on Russia. Trump will tell the group that Washington wants to help allies by making it as easy as possible for U.S.

LNG Gorskaya, a privately-owned Russian liquefied natural gas (LNG) producer, has launched a 340 million euro ($379 million) project to become the first LNG exporter from Russia's European coast, its CEO told Reuters. Russia expects to send LNG to Europe by the end of 2017 from its distant Arctic peninsula of Yamal but a plant on its Baltic coast could establish the country as a more immediate supplier of LNG in a region already dependent on piped Russian gas. The company will build a floating LNG plant off the port of Gorskaya…

Utilities in the European Union may have to offer more flexible prices from 2020 to encourage consumers to use more electricity when supplies are abundant and cheap, according to proposed new rules, a top EU official said. Most European utilities sell at fixed prices, regardless of price swings on wholesale markets, which makes sense when most power comes from coal and nuclear plants that are always on. But the surge in intermittent renewable energy, like solar and wind generation…

The Bomin Group, a leading global physical supplier and trader of marine fuels, today announced the establishment of four regional hubs to support its worldwide operations, in line with its strategy. The regional hubs are located in Hamburg, Houston, Dubai and Singapore. They support the company’s offices and operations across Europe, the Americas, Middle East & Africa and Asia. The hubs will ensure global alignment, highest service quality and cost-effective fuel supply solutions in line with customer needs.

Latvia to liberalise gas market next April. A number of companies, including Germany's Open Grid Europe (OGE), are considering buying a stake in Latvia's future gas grid and storage operator Conexus Baltic Grid, the country's economy minister said. Latvia's gas utility Latvijas Gaze is set to transfer part of its assets - including one of Europe's largest underground gas storage facilities, Incukalns - to Conexus ahead of a planned market liberalisation next April.

Lavia's state-owned utility Latvenergo plans to trade gas in neighbouring Estonia and at home as its domestic market is liberalized next year, its Chief Operating Officer said on Thursday. Latvia has decided to open its gas market for competition from April next year after decades of a supply monopoly by Russian Gazprom. "Yes, we are looking at this direction (of becoming a gas trader) and we are interested in that," COO Maris Kunickis told Reuters on the sidelines of an energy conference.

Liquefied natural gas (LNG) from the United States is set to do battle in Europe but Russia's Gazprom is setting the stage, preparing a cold reception for the super-cooled gas set to cross the Atlantic. A weakened rouble has lowered Gazprom's production costs by a fifth while its profits on dollar-denominated gas sales to Europe last year doubled in rouble terms. Gazprom has managed to increase sales despite a push by the European Union to curb Russian energy imports, using discounts, renegotiation of unpopular oil-linked contracts and gas sales via auctions.

In 2014, Glander International Bunkering launched its first internship program with positive results. The 2016 internship campaign attracted skilled talents to the team with two successful candidates, Ahmet Han and Oleg Adamson. Ahmet and Oleg were selected from a large number of competitive applicants and were inducted into the six month program that allowed them to become full time Bunker & Lubricant traders. During six months the interns were required to meet certain criteria and targets in order to be selected.

Eight EU governments have signed a letter objecting to the Nord Stream-2 project that would double the amount of gas shipped directly from Russia to Germany, according to a document seen by Reuters. The letter, addressed to European Commission President Jean-Claude Juncker, reignites a debate that has pitched dominant EU member Germany against central and eastern European nations. If the project goes ahead, Nord Stream-2 would generate "potentially destabilising geopolitical consequences", the letter says. The European Commission said it could not confirm receipt of the letter.

Estonia's government is giving the country's oil shale miners a 40 million euro ($44 million) a year tax break to help them weather weaker global oil prices. The Baltic state is one of the world's largest and oldest miner and processor of oil shale, a rock rich in organic matter called kerogen, which the country has used for more than 50 years to generate the bulk of its electricity. But low oil prices, coupled with a squeeze on profitability from cheaper power imports from Nordic countries whose prices hit 15-year lows in 2015…

Russia's biggest natural gas producer Gazprom said on Saturday it would hold its second gas export auction in mid-March, offering more than 560 million cubic metres of the fuel to Lithuania and Latvia. Natural gas sold at the auction will be delivered to the two countries between April and December 2016, the company said in a statement. Gazprom said in November it planned to hold an auction for the Baltic states as its long-term contracts with Lithuania and Estonia were to expire in December. "Gas sold at the auction will be delivered ...

Photo of the Day: ‘Windship’ Over Rotterdam 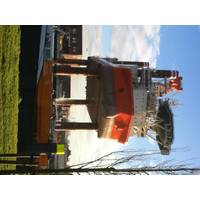 Brave Tern, a vessel used for the installation of wind turbines at sea, dominates the Rotterdam skyline as The 132m long ship was jacked up to a height of about 70 meters to test its extended legs. Brave Tern is owned by Norwegian Fred. Olsen Windcarrier, and it has four jacking legs with which she can position herself firmly on the seabed. The four legs of the Brave Tern are extended with fourteen meter each up to 92.4 meters during recent weeks in Rotterdam. The…