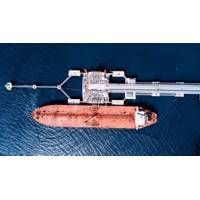 A growing number of oil tankers across Europe have been unable to unload their cargo over the past month as refining demand crashes, turning them into de facto floating storage, according to shipping data and trading sources.European refineries have had to cut runs after measures put in place to contain the coronavirus outbreak crushed fuel demand.More than 25 tankers with roughly 18 million barrels onboard were anchored near European ports, with most them already there for over a week as of Thursday, Refinitiv…

Europe Gas Trade Volume on Track for Record in 2018 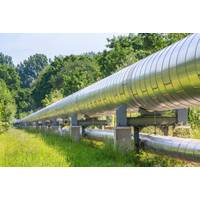 European gas trading volumes in 2018 may beat the record 51,000 terawatt hours (TWh) recorded in 2016 unless unseasonally warm weather prevails for the rest of this year, Prospex said in a report on Friday.The British research company said slower trading in 2017 was followed by an upturn in the first half 2018 as consumption grew and business on the Dutch gas exchange Title Transfer Facility (TTF) picked up.Natural gas trading rose by 4 percent year-on-year to 26,000 TWh in January to June across a region of 11 countries monitored by Prospex…

Polish and Slovak gas transmission system operators GAZ-SYSTEM and Eustream signed an agreement to build a new 165 km (100 mile) interconnector between the two countries, Eustream said on Monday.The link will improve access to the Baltic gas import terminals as well as Norway via the planned Baltic Pipe.In the south, it would improve access though the Slovak-Hungarian interconnection as well as the planned Eastring pipeline leading to the Balkans, it said."Construction of this gas interconnector will increase regional energy security and create new natural gas trading opportunities to the benefit of European customers…

An explosion killed six people at a refinery in the Czech Republic on Thursday, rescue officials said. Two other people were taken to hospital with serious injuries, a fire department spokeswoman told Czech Television. The blast occurred at Unipetrol's plant in Kralupy nad Vltavou about 30 km (19 miles) north of Prague. "There was an explosion at the storage tank but no subsequent fire in the Kralupy refinery," Unipetrol spokesman Pavel Kaidl said. "The situation is under control and there is no other danger. The mayor of Kralupy told Czech Television the blast occurred during cleaning of the storage tank. 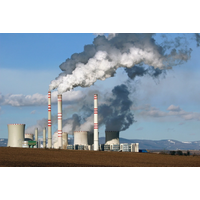 Czech energy investor Pavel Tykac has set up Seven Energy holding company to invest more than 1 billion euros mainly in European power plants fired by fossil fuels, even as many utilities shift their focus to renewables. The strategy mirrors that of Czech energy firm EPH, which has profited from buying up older plants in Germany, Britain, Italy and elsewhere in recent years. Tykac, who owns the Chvaletice power plant and coal mines in the Czech Republic, failed in his first bid to expand in power markets two years ago when he lost to EPH in a tender to buy lignite plants in Germany.

A German court on Friday confirmed it had rejected a request by Polish energy company PGniG and its German subsidiary for an injunction to block Russia's Gazprom from increasing its use of the Opal pipeline in eastern Germany. The case is part of a long-running dispute over the routes for transporting Russian gas to Europe. The Duesseldorf higher regional court said in a statement to Reuters that relevant applications had been rejected on Oct. 11, confirming an earlier statement from pipeline operator Opal Gastransport.

Pipeline operator Opal Gastransport said on Wednesday it had seen interest in shipping more Russian natural pipeline gas volumes into storage and to the Czech Republic after restarting day-ahead auctions on the German onshore link last week. Germany's Oberlandesgericht Duesseldorf court last month preliminarily rejected a legal challenge capping the amount of gas that Russia's Gazprom can ship on the 470-km Opal, which carries gas from the Nord Stream pipeline arriving in northern Germany. "We are very satisfied with the way that the first day-ahead auctions have turned out," a spokeswoman for Opal Gastransport said.

Power plants in the European Union will have to cut the amount of toxic pollutants they emit such as nitrogen oxides under new rules approved by EU member states on Friday and widely applauded by environmental groups. The decision imposes stricter limits on emissions of pollutants like nitrogen oxide, sulphur dioxide, mercury and particulate matter from large combustion plants in Europe. "Air pollution is the prime environmental cause of premature death in the European Union," said Enrico Brivio, a spokesman for the European Commission.

Russian gas deliveries to Germany via the Opal pipeline fell by around 30 percent on Wednesday after Poland successfully blocked a deal giving Gazprom a bigger share of the pipeline's capacity. Gazprom sends gas through the Nord Stream pipeline which runs along the Baltic Sea bed and links up with Opal in Germany but the Russian gas exporter faces curbs imposed by the European Union on how much of Opal it can use. Last year the EU approved a deal between Germany's energy regulator and Gazprom giving the producer access to more than its 50 percent share of Opal's capacity through a mechanism of monthly auctions that lifted exports.

Poland and Ukraine plan to act jointly to block projects that could result in Russia's Gazprom gaining greater access to the European gas market by bypassing Ukraine, Ukrainian President Petro Poroshenko said on Friday. In October the European Union lifted a cap on Gazprom's use of the Opal pipeline which carries gas from the Nord Stream pipeline that crosses the Baltic Sea to end-users in Germany and the Czech Republic. That decision opens the way for Russian plans to expand Nord Stream's capacity and bypass Ukraine as a gas transit route.

Czech closely-held energy group EPH does not expect a negative impact from a European Commission decision to allow Gazprom to ship more of its gas from the Nord Stream pipeline into the Opal link in Germany, EPH said on Tuesday. EPH, via its EPIF subsidiary, co-owns and operates Slovak pipeline operator Eustream which mainly brings gas from Russia through Ukraine to western Europe. It may thus suffer from lower volumes if Gazprom ships more via Nord Stream and Opal. "Given the existing ship-or-pay contracts and the development of real gas flows we do not expect any material impact on Eustream and EPIF…

Austrian Power Prices to Rise if Separated From German Market

The head of Austria's energy regulator said he is concerned about likely price rises if the European energy watchdog ACER decides next month to separate Austrian and German power markets, which have been bundled together since 2002. "We would appeal against this if they decide this plan," the head of Austria's E-Control, Wolfgang Urbantschitsch, told reporters on Tuesday, adding he expected prices to rise "noticeably" in Austria. ACER is expected to decide in November whether to create a bottleneck between Austria and Germany…

The Czech government will talk with Poland in an effort to avoid scrapping a gas pipeline meant to connect the Czech system to a Polish LNG terminal and raise supply security, Czech Industry Minister Jan Mladek said on Thursday. The planned Stork II pipeline, backed by 62.7 million euros ($69.7 million) in European Union funding, came into question when a Czech daily reported on Thursday that the Polish side may delay or back off the project. "Some ideas that Stork is no longer such a priority emerged on the Polish side, but as I understand it, that is not the official position yet.

Gazprom Export, a division of Russia's top natural gas producer Gazprom, said that its underground gas storage facility in the Czech Republic started operating on Friday.   The storage facility, to be operated by Moravia Gas Storage, a joint venture company of the Czech MND Group and Gazprom Export, has active capacity of 456 million cubic metres and withdrawal capacity of 7.6 million cubic metres per day, Gazprom Export said in a statement. (Reporting by Vladimir Soldatkin and Lidia Kelly; Editing by David Goodman)

Brussels is expected to rule next month on whether to allow Russia to pump more gas via its Nord Stream pipeline's gas link to Germany, risking fresh discord between member states over energy dependence on Russia, EU and Gazprom sources said. Full access to Opal, which provides a land link between Russia's Nord Stream pipeline to Germany and the Czech Republic, is crucial to Gazprom's plan to double capacity of the undersea pipeline in a project known as Nord Stream 2. The expansion would see more Russian gas…

Saudi Aramco and Poland's biggest refiner PKN Orlen on Wednesday signed a contract agreed in May for Aramco to supply PKN with 50,000 barrels of crude oil per day starting this month, the companies said. "This agreement marks a strong first-step for Saudi Aramco's entry into the Baltic market, adding value in the key markets of Poland, Lithuania, and the Czech Republic, where PKN Orlen operates refineries," Saudi Aramco's CEO Amin Nasser said in a statement. Polish state-run oil companies - PKN Orlen and Lotos , which refine mostly Russian oil - started to diversify their supplies at the end of last year.

Eight EU governments have signed a letter objecting to the Nord Stream-2 project that would double the amount of gas shipped directly from Russia to Germany, according to a document seen by Reuters. The letter, addressed to European Commission President Jean-Claude Juncker, reignites a debate that has pitched dominant EU member Germany against central and eastern European nations. If the project goes ahead, Nord Stream-2 would generate "potentially destabilising geopolitical consequences", the letter says. The European Commission said it could not confirm receipt of the letter.

The consortium behind the proposed Nord Stream 2 expansion that would boost Russian gas supplies to Europe needs to do a better job easing fears the project will dent the region's energy security, a member of the consortium said on Wednesday. In September, Gazprom formed a consortium with E.ON, BASF/Wintershall, OMV, ENGIE and Royal Dutch Shell for Nordstream-2, which could see Russia bypass Ukraine as a transit route from 2019. That plan has met opposition among a number of countries, especially a clutch of former Soviet-bloc nations in central Europe that fear Russian domination of energy supplies.

Norway remained Western Europe's top gas supplier in 2015, but Russia narrowed the gap from the previous year, preliminary data showed on Monday. Russia is the top supplier for the whole European Union - supplying around a third of its gas - when countries in Eastern Europe are included. Norwegian pipeline gas exports to Europe surged to a record 108.6 billion cubic metres (bcm) in 2015, up from 101.1 bcm in 2014, preliminary data from gas system operator Gassco showed. Russia's pipeline gas monopoly exporter Gazprom sent to Western Europe 104 billion cubic metres of gas…