The Crown Estate has launched its Round 4 offshore wind leasing competition for the rights to develop at least 7GW of new capacity off England and Wales.The Offshore Wind Industry Council (OWIC) has hailed today’s launch as a major step forward.The Crown Estate, which acts as manager of the seabed around England, Wales and Northern Ireland, is making four broad areas of seabed available to the market…

The European Marine Energy Centre has secured a lease extension on its primary tidal energy test site until 2040 from Crown Estate Scotland.The extension will support the long-term ambitions and demonstration plans of EMEC’s clients.The grid-connected Fall of Warness site has eight test berths ranging from 12-50 metres in depth. Since the site was opened in 2007, 10 tidal energy companies have tested 19 prototypes at the Fall of Warness location.Located off Eday… 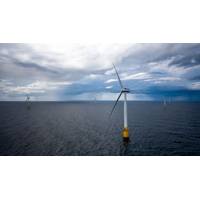 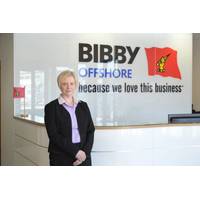 Bibby Offshore, a subsea services provider to the oil and gas industry, has appointed Dorothy Shepherd as general manager, renewables. Shepherd joins Bibby Offshore with more than 15 years’ experience in the energy industry. Having spent a significant time at The Crown Estate - a key player in supporting the delivery of energy supply for the U.K. - Shepherd brings with her a wealth of offshore renewables knowledge…

Royal Boskalis Westminster N.V. (Boskalis) announces that its subsidiary VBMS has been awarded a cabling contract with a value of approximately EUR 100 million by ScottishPower Renewables, for the East Anglia ONE offshore wind farm. The scope of work for VBMS consists of the supply, installation and burial, as well as termination and testing of 102 66kV inter-array cables. The project execution will commence in the first quarter of 2019 with completion scheduled for mid-2020.

Forewind has scaled back by a third plans to build wind farms at Dogger Bank in Britain's North Sea, which could nevertheless become the world's largest wind project, it said on Friday. Forewind -- a consortium of energy companies RWE Innogy UK, SSE, Statkraft and Statoil -- gave no specific reason for the decision. It had secured licenses from Britain's Crown Estate to build six projects at the Dogger Bank offshore zone of 1.2 gigawatts (GW) of electricity each. 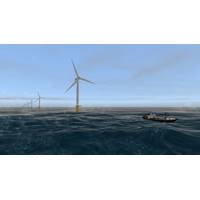 Today’s planning approval for offshore wind energy at Dogger Bank takes the total of consented projects in the North Sea zone to 4.8 gigawatts (GW), almost equal to all the offshore wind capacity now in operation in the U.K. The consented development, Dogger Bank Teesside A&B is part of the Dogger Bank Zone, the largest of the Round 3 zones and the farthest from shore, but also one of the shallowest… 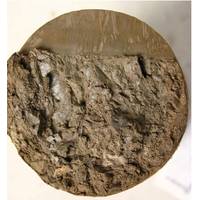 The wider scientific community is set to benefit from offshore wind developer Forewind’s years of surveys and research, as the organization donates all the core samples collected on Dogger Bank to a national science facility Monday, June 8, 2015. The core samples, cylindrical soil sections extracted from the seabed, will be entrusted to the National Geological Repository (NGR), located at the British Geological Survey headquarters in Nottinghamshire…

Britain says tidal array will be biggest in the world; array should start delivering electricity in 2016. The British government will help fund a tidal project, calling it the biggest tidal array in the world, in Scotland, which will vote on independence from London in September. The government said it will provide 10 million pounds ($16.6 million) towards a 51 million pound funding package for the first phase of tidal array scheme in Pentland Firth…

Oil and gas taxation has become a major source of conflict between producers and Britain's tax authorities. But like other indirect taxes, the amount of attention oil and gas taxes draw is out of all proportion to the amount of money they raise for the treasury. Britain raised less than 5 billion pounds ($8.5 billion) from taxes on oil and gas production last year, about 1 percent of all central government receipts, according to the authorities. 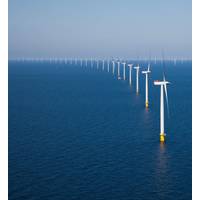 Forewind, in agreement with The Crown Estate has revised the current development potential for the total capacity of the wind energy projects in the Dogger Bank Zone from 9 gigawatts (GW) to 7.2 GW. At the same time, the consortium behind London Array has announced it will not proceed with the development of Phase 2 of the offshore wind farm. The revision has been made following more than four years of offshore and onshore surveys and assessments…

British tidal energy company, Marine Current Turbines Ltd, announced that Siemens is increasing its share in the company to 45%. “With this increase in its stake, Siemens is strengthening its activities in ocean power generation. We will actively shape the commercialization process of innovative marine current power plants,” said Michael Axmann, CFO of the newly founded Solar & Hydro Division within Siemens’ Energy Sector.