Oil prices jumped more than $3 on Friday after a U.S. air strike in Baghdad ordered by President Donald Trump killed the head of Iran's elite Quds Force, sparking concerns for an escalation of regional tensions and disruption to crude supplies.Brent crude rose to a peak of $69.50 a barrel, its highest since mid-September when Saudi oil facilities were attacked… 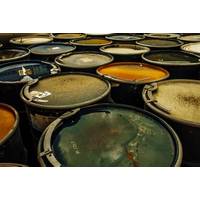 Oil prices were mixed on Tuesday ahead of data expected to show U.S. crude stocks declining, outweighing investors' concerns that U.S.-China trade tensions could dampen fuel demand.Benchmark Brent crude futures settled up 19 cents, or 0.3%, at $65.05 a barrel.U.S. crude futures fell 7 cents, or about 0.1%, at $57.83 a barrel.Investors shrugged off U.S. President… 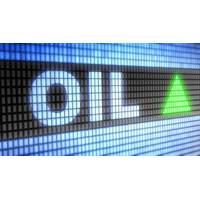 Brent oil rallied above $65 per barrel on Friday and was on track for a 5% gain this week on fears of a U.S. military attack on Iran that would disrupt flows from the Middle East, which provides more than a fifth of the world's oil output.Brent crude was up $0.69, or 1.07%, at $65.14 a barrel at 1210 GMT. The global benchmark jumped 4.3% on Thursday and is on course for its first weekly gain in five weeks.U.S. 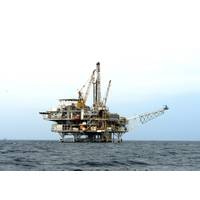 Oil prices rose on Monday on worries over supply after tensions worsened between Iran and the United States, while some offshore workers began a 24-hour strike on three oil and gas platforms in the British North Sea.Iranian Supreme Leader Ayatollah Ali Khamenei on Saturday backed a suggestion by President Hassan Rouhani that Iran could block Gulf oil shipments…

A U.S. Senate vote to extend the Iran Sanctions Act (ISA) for 10 years shows the world that Washington cannot be relied upon to act on its commitments, Iranian Foreign Minister Mohammad Javad Zarif said on Saturday. Iran has vowed to retaliate against the ISA extension, passed unanimously on Thursday, saying it violated last year's agreement with six major…

As Iran Oil Tenders Near, Investors Still in the Dark on Terms

Two years after Iran pledged to open up its oil industry in anticipation of the lifting of sanctions, foreign companies say they still have little information about Iranian oil fields and contract terms, hindering investment decisions. Bosses from oil majors including BP, Total, Eni, Royal Dutch Shell and LUKOIL have all travelled to Tehran this year, since the EU sanctions ended in January.

Internal clashes over the oil contracts, hardliners oppose contracts, push to have a bigger say. Iran's cancellation of a conference when it had been due to unveil investment contracts to international oil firms signals that political feuding is disrupting plans to revive its energy sector. Tehran blamed snags in obtaining British visas for Iranian delegates to the long-delayed conference…

Iran's cancellation of a conference when it had been due to unveil investment contracts to international oil firms signals that political feuding is disrupting plans to revive its energy sector. Tehran blamed snags in obtaining British visas for Iranian delegates to the long-delayed conference, which had been scheduled to be held in London on Feb 22-24. However…

Iran calls for closer ties with Russia, Iraq and Venezuela on energy issues, RIA news agency quoted Ali Akbar Velayati, a top advisor to Supreme Leader Ayatollah Ali Khamenei, as saying on Wednesday. "In the energy sector, Iran and Russia should feel no rivalry and must cooperate with each other," he said during a visit to Moscow. "Our position is that such countries like Iran, Russia, Venezuela and Iraq ...

Iran emerged from years of economic isolation on Saturday when world powers lifted crippling sanctions against the Islamic Republic in return for Tehran complying with a deal to curb its nuclear ambitions. In a dramatic move scheduled to coincide with the scrapping of the sanctions, Tehran also announced the release of five Americans including Washington Post reporter Jason Rezaian as part of a prisoner swap with the United States. 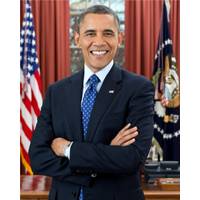 The White House has delayed imposing new financial sanctions on Iran over its ballistic-missile program, The Wall Street Journal reported on Thursday. On Wednesday, the Journal, citing U.S. officials, said the Obama administration was preparing to sanction nearly a dozen companies and individuals in Iran, Hong Kong and the United Arab Emirates for their role in developing Iran's ballistic-missile program. The U.S.

In a signal of the most striking thaw in the Western ties with Iran for over a decade, Foreign Secretary Philip Hammond will reopen the British embassy in Tehran nearly four years since protesters ransacked the elegant ambassadorial residence and burned the Union Jack. The nuclear deal that the Islamic Republic struck with six major world powers last month…

Impact on Brent from Iran crude may be milder. LONDON, July 21 (Reuters) - Oil prices steadied on Tuesday, helped by the dollar's first daily fall in a week, but remained set for their biggest monthly drop since March in the face of a global supply glut. Expectations of more Iranian supply following a nuclear deal and concerns that economic worries in China and Europe will weigh on demand have put pressure on oil this month…

Iran's historic nuclear deal may ease hostility with the West that has fuelled Middle East tensions for decades, but it is unlikely to change the course of conflicts where Tehran and Washington are both awkward allies and enemies. In Syria, Iran has stood by President Bashar al-Assad, providing military and financial support during four years of civil war, throughout which the United States has said Assad must go.

After more than two weeks of marathon negotiations, Iran and six world powers appeared close to a historic nuclear deal that would bring sanctions relief in exchange for curbs on Tehran's atomic programme, diplomats said on Sunday. But U.S. Secretary of State John Kerry cautioned that some difficult issues remained on the 16th day of ministerial negotiations between Iran, the United States, Britain, France, Germany, Russia and China.

As talks on an Iran nuclear deal enter the final stretch, U.S. lawmakers are sharpening warnings against a "weak" agreement and laying down red lines that, if crossed, could prompt Congress to trip up a carefully crafted international pact. Several influential lawmakers said they do not want to see any sanctions lifted before Tehran begins complying with a deal…

Iran's Supreme Leader Ayatollah Ali Khamenei told military commanders on Sunday the United States had created the "myth" of nuclear weapons to portray Iran as a threat, hardening his rhetoric before nuclear negotiations resume this week. Khamenei, the highest authority in Iran, has supported the talks but continues to express deep mistrust of the United States.

President Hassan Rouhani said on Wednesday the goal of Iran's negotiations with world powers on its nuclear program was a "win-win" outcome, a further signal that Tehran could accept a compromise to defuse a stand-off that has raised fears of war. He said "win-win" would entail Iran showing transparency in pursuing peaceful nuclear energy in exchange for a removal of "wrong…