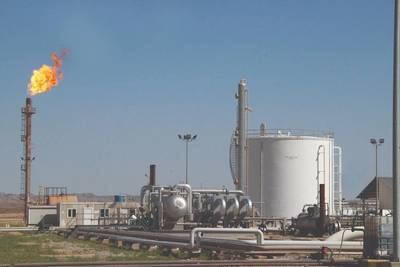 Sharjah-based gas giant Dana Gas has announced that its share of the proved plus probable (2P) hydrocarbon reserves at Pearl Petroleum Company’s Khor Mor and Chemchemal Fields in the Kurdistan Region of Iraq have increased by 10 percent, following the recent certification of reserves by Gaffney Cline Associates, GCA.

The independently audited report, prepared by Gaffney Cline on behalf of Pearl Petroleum, showed that the total share for Dana Gas (35% shareholder in Pearl Petroleum), is equivalent to 1,087 million barrels of oil equivalent (MMboe), up from 990 MMboe when GCA first certified the fields in April 2016.

"This confirms that the fields located in the KRI could be the biggest gas fields in the whole of Iraq. The reserves were boosted in part by the booking of oil reserves in the Khor Mor Field for the first time," said a press release.

Dr Patrick Allman-Ward, CEO of Dana Gas, said: "The Gaffney Cline report has independently confirmed Dana Gas' 2P reserves in our KRI assets at over 1 billion barrels of oil equivalent and our belief that the Khor Mor and Chemchemal Fields will most likely be the biggest gas fields, not just in the Kurdistan Region Iraq, but the whole of Iraq, making them world-class assets.  It is also satisfying to see that our auditors have formally booked oil reserves for the first time in Khor Mor."

He added: "We believe that this is just the tip of the iceberg confirming our estimate of oil resource potential of over 7 billion barrels. These additional resource declarations will underpin our future development plans which will provide a reliable source of energy to meet the needs of electricity generation as well as industrial development in the region."

Earlier in the year, Pearl Petroleum signed a 20-year gas sale agreement with the Kurdistan Regional Government (KRG) that will facilitate the production and sale of an additional 250 MMscf/d of gas.

With the price of oil ranging between $60 to $70 per barrel, each of these two new gas production trains will generate between $175 to $200 million to the Company's share of revenue and project's cash flows per annum.