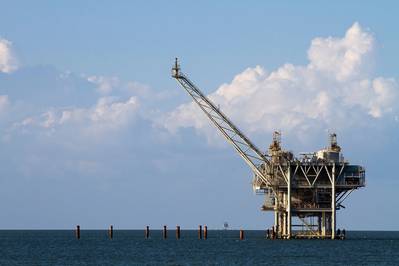 U.S. crude inventory declined last week. The latest weekly survey results by the U.S. Energy Information Administration (EIA) indicate a fall of 7.3 million barrels in the week ended November 30. This follows a 10-week streak of crude inventory build that has been striking fears of a repeat of the 2014/16 oil glut.

While EIA data include only U.S. inventory the survey results are considered more reliable than international figures and are often used a surrogate for global inventory status.

Behind the decrease is a fall in U.S. crude imports – down 943,000/day during the week. There has also been strong refinery utilization (95.5 percent) and oil product supply during the week was 7.6 percent higher than last year.

But, despite the decrease, EIA says U.S. crude oil inventories are 6 percent above the five-year average for this time of year.

The lower inventory numbers coincided with OPEC indicating production will be slowed to bring supply in line with demand. But investors were disappointed in the vague announcement that provided no specific cut amount.

Disappointment with the OPEC cut offset the reversal of U.S. crude inventory climb – and Brent finished the day 2 percent down at $60.

Crude prices could bounce if Russia agrees to lower output in a meeting scheduled later this week. But a lot of oil is in transit and it will take time to bring supply into balance with demand. Meanwhile some exploration and production (E&P) companies have announced cutbacks in capital expenditure (capex) spending in 2019 given the uncertain pricing environment.

One bit of positive news. There has been a reported drop in tanker crude loadings in Saudi Arabia. During the week ended November 23, Saudi loadings were said to be at one of the lowest levels in 2018. The report is based on automatic identification system (AIS) data that track the real time position of tankers and other ships. If accurate, the drop in loadings could indicate the Saudis have already begun to cut back supply. 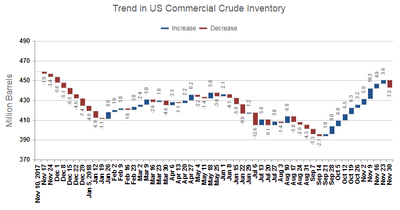 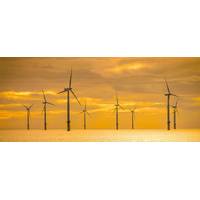 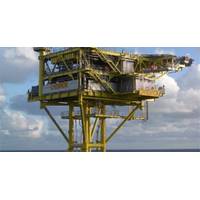