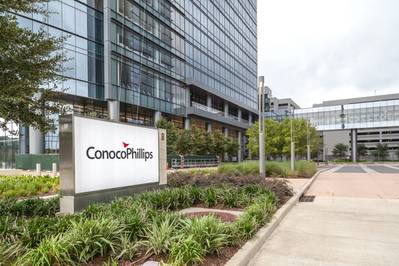 ConocoPhillips reported a third-quarter profit on Tuesday, compared with a year-ago loss, thanks to a rebound in crude prices to pre-pandemic levels.

Oil prices have climbed nearly 63% since the beginning of the year, driven by a rise in global demand and on supply bottlenecks, pushing Brent above $86 to its highest in nearly three years. The rally has been accompanied by sky-high gas prices around the world.

The company, which agreed to buy Royal Dutch Shell's Permian basin assets in September, said its production, excluding Libya, rose 41.36% to 1.51 million barrel of oil equivalent (boe) per day in the third quarter.

The Houston-Texas based company posted adjusted earnings of $2.4 billion, or $1.77 per share, in the quarter ended Sept. 30, compared to a loss of $331 million, or 31 cents per share, a year earlier.

(Reporting by Rithika Krishna in Bengaluru; Editing by Shailesh Kuber)