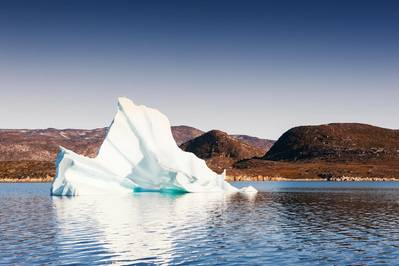 China National Petroleum Corp (CNPC) and China National Offshore Oil Corp (CNOOC) have expressed interest in bidding for onshore oil and gas blocks in Greenland to be offered in 2021, officials from the island said on Tuesday.

The Arctic island, a self-ruling part of Denmark, is shifting its oil and gas licensing strategy from offshore to onshore in an effort to generate revenues faster, they said.

The next blocks to be tendered will be on the Disko Island and Nuussuaq Peninsula area of West Greenland, industry and energy minister Aqqalu Jerimiassen told Reuters on the sidelines of a Greenland Day event at the Danish embassy in Beijing.

Jerimiassen, who took office in May, said he met with the two Chinese oil majors, as well as China's National Energy Administration, on Monday.

"They have not been active in Greenland earlier. It's a new approach," he added. "We are moving the short-term strategy of licensing onshore".

CNPC and CNOOC did not immediately respond to a request for comment. In neighboring Iceland, CNOOC has been exploring the offshore Dreki area but has not reported any finds.

Nielsen said it was too early to say how many blocks would be tendered, or to give an estimate for the resources in the "highly prospective" area.

The U.S. Geogological Survey puts Greenland's offshore oil and gas resources at about 50 billion barrels of oil equivalent, he said.

Greenland's domestic energy goal is to be powered 100 percent by clean energy by 2030, Jerimiassen later told a press conference, up from the current 70 percent, which is mostly from hydropower.

Greenland will set up a representative office in Beijing "within a year," to boost trade ties with China, Nielsen said.

Denmark and the United States have been concerned about China's interest in Greenland, notably over potential Chinese involvement in the financing and construction of airports.

Greenland last month picked Denmark as a partner in the planned upgrade of two airports, having earlier shortlisted a Chinese firm for the job.