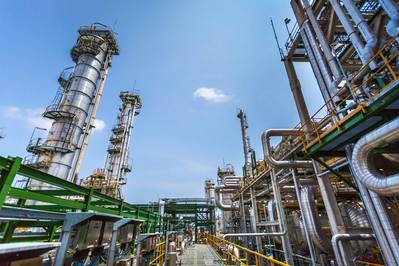 Citing unidentified officials from the National Development and Reform Commission (NDRC), Xinhua reported natural gas demand from residential users will grow by more than 3.8 billion cubic meters (bcm) this winter as China enters a third year of a drive to replace coal with gas for use in winter heating.

But the NDRC expects natural gas output to reach more than 170 bcm in 2019, up 11 bcm from last year. At least 5 bcm of pipeline gas from Russia is also scheduled to begin to flow into the country in coming weeks.

"China is expected to have gas storage capacity of 20 bcm this year ... (State companies) CNPC, Sinopec and CNOOC have completed gas injection into the facilities to ensure gas supply in the winter," the Xinhua report cited NDRC officials as saying.

Close to 3.2 million new households in northern China will switch over to gas in the winter heating season that kicks off on Wednesday, according to the report.

Still, a weaker economy and competition from cheaper coal are curbing the expansion of gas in China, with demand set to grow at half last year's pace this winter.

Meanwhile, utilities in northeastern China have coal inventory for more than 26 days, higher than the level in the same period last year, the NDRC said, according to the report.