Chevron Finds Oil in Deepwater US Gulf of Mexico 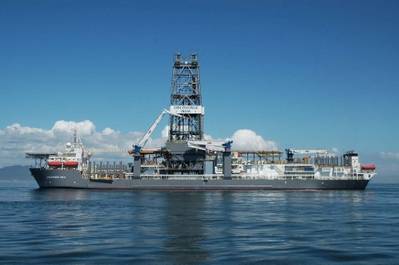 Chevron Corporation (CVX) today announced a new oil discovery at the Guadalupe prospect in the deepwater U.S. Gulf of Mexico. The Keathley Canyon Block 10 Well No. 1 encountered significant oil pay in the Lower Tertiary Wilcox Sands, Chevron said. The well is located approximately 180 miles off the Louisiana coast in 3,992 feet of water and was drilled to a depth of 30,173 feet.

"Chevron subsidiaries are among the top producers and leaseholders in the Gulf of Mexico, averaging net daily production of 143,000 barrels of crude oil, 347 million cubic feet of natural gas, and 15,000 barrels of natural gas liquids during 2013," said Jeff Shellebarger, president, Chevron North America Exploration and Production Company. "The company expects additional Gulf of Mexico production from the Tubular Bells and Jack/St. Malo projects by the end of the year."

Chevron subsidiary Chevron U.S.A., Inc. began drilling the Guadalupe well in June 2014. More tests are being conducted on the discovery well and additional appraisal wells will be needed to determine the extent of the resource.

Chevron U.S.A., Inc., with a 42.5 percent working interest in the prospect, is the operator of the Guadalupe discovery well. Guadalupe co-owners are BP Exploration & Production, Inc. (42.5 percent) and Venari Resources LLC (15 percent).