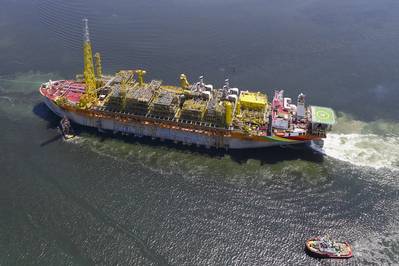 A consortium of Exxon, Hess, and China's CNOOC has discovered more than 6 billion barrels of recoverable oil and gas resources off the country's coast. The companies plan to begin exporting crude from the country, which has no history of oil production, in January and February.

Mark Bynoe, Guyana's director of energy, told reporters that the economics of the crude to be exported, a light sweet grade called Liza, has not yet been determined. For that reason, the government is first seeking to auction off the first three cargoes of its share before entering into a long-term contract to market the crude.

"Given Guyana's inexperience and the impending early date for the first lifts, an introductory phase of the grade is more advantageous to Guyana at this time," Bynoe said. "Guyana needs to establish a quality and quantity standard."

He added that Guyana's Department of Energy had hired Virginia Markouizos of the United Kingdom's RPS group to act as an advisor to the government on the process.

Markouizos said at the press conference that the sale of the first three cargoes would help determine "fair value" for the Liza grade, adding that the current volatility in global crude prices was "not good" for Liza.

"We are trying to create an environment whereby there is standardization and stabilization," she said.