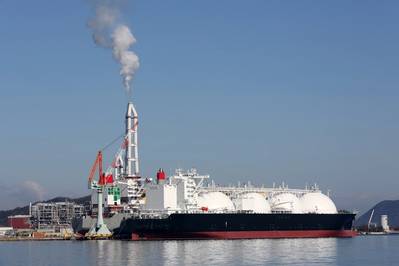 Asian liquefied natural gas (LNG) spot prices dropped to multi-year lows on Tuesday with at least one cargo being sold into Northeast Asia below the psychological barrier of $4 per million British thermal units (mmBtu).

Gas prices are tumbling globally as new projects sanctioned when prices were higher ramp up output just as economic growth slows. A milder than usual winter in North Asia is also curbing demand.

Low spot prices will particularly hit companies which purchase LNG through long-term contracts, selling on to end-users at market prices, traders said. The contracts are typically priced relative to oil prices, with many currently estimated at more then double the spot price.

Brunei LNG export plant sold a cargo for March 30-31 delivery at about $3.90 to $3.95 per mmBtu, which traders say is the lowest in years and the lowest ever for this time of the year.

The buyer is likely Shell, four industry sources said, though this could not immediately be confirmed.

Brunei LNG also sold a cargo for March 12-15 delivery at around $4.40 per mmBtu, one of the sources said.

The cargoes were sold on a delivered ex-ship (DES) basis into the Japan, Korea, Taiwan, China region, the sources said.

The LNG market is opaque, with companies typically unwilling to comment publicly on cargo prices.

One LNG producer estimated that the last time spot cargoes were sold below $4 per mmBtu into Northeast Asia was in 2016, though that was during a period of non-peak demand and not in winter.

"I don't think it's a good sign to see prices so low and we're just in January," he added.

In Singapore, the Japan-Korea-Marker (JKM) price, assessed by S&P Global Platts -- a unit of S&P Global Inc -- fell to a more than three-year low of $4.046 per mmBtu on Tuesday, Ciaran Roe, Platts' global director of LNG pricing, told Reuters.

The JKM price, which is becoming a benchmark for spot cargoes in Asia, is at its lowest since April 19, 2016, when it was at $4 per mmBtu, Roe said.

A mild winter and new commercial production in the United States are likely pressuring prices, he said, adding that sustained low gas prices could spur a switch from coal to gas use in Asian countries such as Japan. 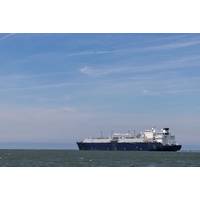