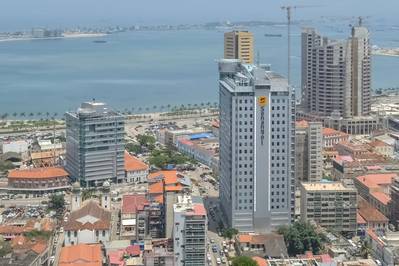 Angola could issue an international arrest warrant for billionaire Isabel dos Santos if she fails to cooperate with a fraud investigation in which she has been named as a suspect, its chief prosecutor was quoted as saying.

Angola has named dos Santos, the daughter of former president Jose Eduardo dos Santos, as a suspect over alleged mismanagement and misappropriation of funds while she was chairwoman of state oil firm Sonangol in 2016-2017. She denies wrongdoing.

"At this moment, the concern is to notify (the suspects) and assure that they voluntarily come to face justice," Helder Pitta Gros said in Luanda late on Wednesday, according to Portugal's Lusa news agency. Failing that, his office would resort to legal instruments at its disposal, one being an international warrant.

Angolan news agency Angop also said the prosecutor, who traveled to Lisbon on Thursday, had spoken of the possibility of such a warrant.

He resigned as chairman of Banco de Fomento Angola (BFA) on Monday, according to his resignation letter, which was seen by Reuters. The letter made no reference to recent events linked to dos Santos, citing instead a December decision by BFA's controlling shareholder Unitel not to name him among board members for the next three years.

Telecoms firm Unitel is part-owned by dos Santos. Portuguese Banco BPI, a unit of Spain's Caixabank, is another major shareholder in BFA.

Separately, auditors PwC said the firm had "taken action to terminate any ongoing work for entities controlled by members of the dos Santos family" following what it said were "very serious and concerning allegations", and had begun an inquiry.

Isabel dos Santos, who amassed her fortune during her father's decades-long presidency, has said allegations against her are politically motivated. She could not immediately be reached for further comment on Thursday.

Eurobic, a small Portuguese bank in which she has owned a large stake, said on Thursday she had decided to sell the stake. In Portugal, Angola's former colonial power, dos Santos holds significant stakes in several major firms including NOS and oil firm Galp Energia. Pitta Gros arrived in Lisbon on Thursday to meet his Portuguese counterpart Lucilia Gago.

He told reporters upon arrival he would seek help from the Portuguese prosecutor's office "on many matters", but would not comment specifically on the dos Santos case.

Angolan authorities froze dos Santos' assets there in late December. On Sunday, hundreds of thousands of files about dos Santos that were obtained by the International Consortium of Investigative Journalists (ICIJ) were released by several news organizations.

The media reports focused on alleged financial schemes used by dos Santos to build her business empire, including transfers between Angola and Dubai. Dos Santos, who has been living abroad, said on Sunday that allegations made against her were "completely unfounded".