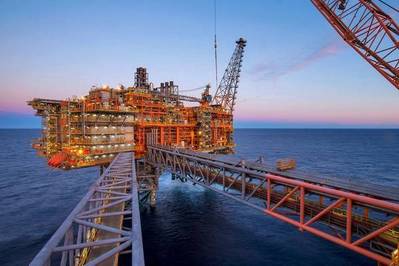 The hit came due to the double whammy of a global gas glut and a slump in demand with the coronavirus pandemic, and sent the company's shares down more than 2% while its peers were all trading higher.

"It's been a very difficult time for our industry and some external challenges are just simply beyond our control," Chief Executive Peter Coleman told analysts.

The country's top independent gas producer said it has been forced to sell over 20% of its LNG on the spot market, more than normal, as customers took lower volumes on their long term contracts.

Revenue in the June quarter fell to $768 million from $1.08 billion in the previous quarter, around 18% below market forecasts.

Woodside's average realized price slumped to $28 a barrel, hit by record-low spot LNG prices, compared with analysts' forecasts of around $36.20 a barrel.

That raised fears among some analysts that it might report a loss for the first half of 2020.

"I'm not going to let that one (question) hang. We will have a positive NPAT in the first half," Coleman said, referring to adjusted net profit after tax.

The company's bottom line will be marred by $4.37 billion in write-downs after-tax on its oil and gas assets and a U.S. LNG contract, flagged on Tuesday.

Like its peers, Woodside has been hammered by the oil and gas price collapse, which led the company in March to halve planned spending for 2020 and defer go-ahead decisions on its two biggest gas projects – Scarborough and Browse.

The company said on Wednesday it is now targeting a final investment decision for the $11 billion Scarborough and Pluto Train 2 project in the second half of 2021, and a decision on the $20.5 billion Browse project "from 2023".