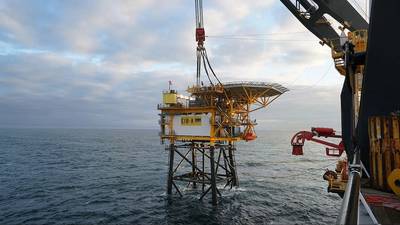 Wintershall Noordzee has started gas production from its operated Sillimanite field in the North Sea area between the UK and the Netherlands.

The company, a joint venture of Wintershall Dea and Gazprom EP International, said Thursday the unitized gas field, discovered in June 2015, had been brought online.

The offshore gas field sits approximately 200 kilometers off the coast of Den Helder.

Hugo Dijkgraaf, Chief Technology Officer and Board Member at Wintershall Dea said: "With first gas from Sillimanite we once more underline our ability to successfully explore for hydrocarbons and transfer development projects successfully into production."

"As Sillimanite will increase the amount of gas produced in Europe, it underlines Wintershall Dea’s capabilities as Europe’s leading, independent gas and oil producer”, he said.

Also, Wintershall Noordzee has said that it has for the second time recycled the topside of its recently decommissioned E18-A platform, formerly P14-A topside, in the Sillimanite project.

"As part of our sustainability program, we pay the highest attention to the re-use of offshore platforms where the production has ceased. In this way, we can further improve our company’s environmental footprint and at the same time keep our operations cost-efficient. Giving this platform topside a third life, now at Sillimanite is a best-case example for our industry”, says Dijkgraaf.

The project was delivered 16 months from the investment decision, Dijkgraaf said.