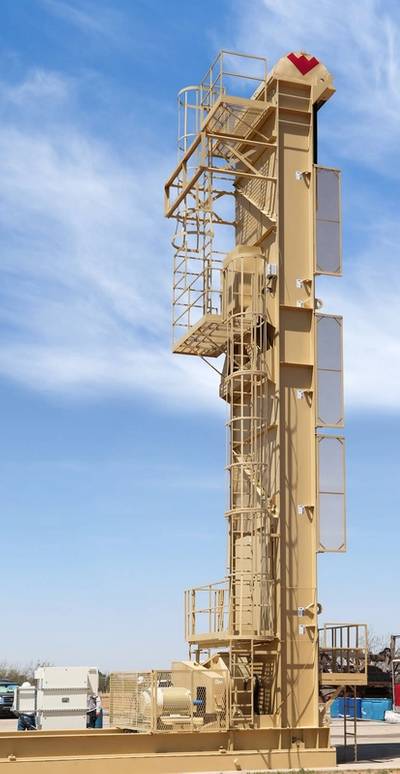 Four years ago, oilfield company Weatherford International Plc pledged to sell non-core businesses and make paying down debt its top priority after years of borrowing and over spending.

It almost worked. Asset sales provided some $1.8 billion to pare debt, and Weatherford's stock nearly doubled that year. But when oil prices plummeted in mid-2014 and customer spending on new wells followed, Weatherford failed to cut costs fast enough and payments on its debt jumped, killing its stock price rally.

Mark McCollum, the company's third chief executive officer in two years, thinks his push to simplify its sprawling supplier networks and corporate organization will help turn around one of the largest energy companies yet to emerge from the oil price collapse.

"As I studied this, a large part was leadership. This was entirely fixable. It just needed attention," McCollum said in his first sit-down interview since taking over the company last year. The former Halliburton Co finance chief was fresh off a flight from the Middle East, where Weatherford agreed to sell more than 30 drilling rigs in what he called one of the "hardest" deals of his career.

McCollum is consolidating more than 90 once independently-managed country operations into 14 territories, and is streamlining its dozens of computer systems and thousands of suppliers to lower costs.

When he arrived last year, Weatherford had some 30 payroll systems as a result of various deals and had around 32,000 suppliers - more than its global staff.

"The work to put Weatherford on solid financial footing is a massive integration project," McCollum said. "We needed to bring this group together so we have common processes, common systems, common language – not just drive cost out."

Many investors have chosen not to wait around for the McCollum rebound. The stock trades under $2.60 per share, off almost 40 percent this year, and its debt has a non-investment grade rating.

As rivals Schlumberger (SLB) and Halliburton post robust earnings this year, Weatherford has piled up losses while pursuing asset sales and cost cuts.

Wall Street expects the company's revenue to rise about 5 percent this year and 10 percent next year, according to Thomson Reuters I/B/E/S. But an annual profit is not expected until 2020.

"They're running out of runway," said Jake Leiby, a senior analyst with debt researcher CreditSights, who has an "underperform" rating on Weatherford's bonds. A sale of the entire company is unlikely because of Weatherford's about $7.6 billion in long-term debt, he added.

New Leadership
McCollum's plan calls for Weatherford to sell its U.S. fracking and land rigs businesses, and he has put other, undisclosed units up for sale.

He has pledged $500 million in divestitures this year, on top of the company's rig sale, to help pay down debt, and has acknowledged that he may eventually need to sell one of its bigger operations to make a dent in its debt.

Its largest business, called artificial lift, keeps old wells pumping. It had about $1.3 billion in revenue in 2017, according to oilfield services consultancy Spears & Associates.

Weatherford's casing and tubing business, which is core to drilling new wells, is among the next largest, bringing in around $500 million a year in revenue, estimates Spears.

McCollum recently allayed some concerns that he was falling behind its efforts to generate cash from asset sales by announcing the sale of 31 land drilling rigs in the Middle East in July to ADES International Holding for about $288 million.

"Previous leadership had gone to Wall Street and said they were going to do this four years ago," McCollum said of the deal with ADES, which fizzled following multiple CEO changes before his arrival. "When I got here, they weren't working on it."

That deal, and others still to come, get him closer to the goal of $1 billion profitability improvements by 2019, McCollum has said.

Krishna Shivram, Weatherford's interim CEO before McCollum, did not respond to a request for an interview.

Prior management had placed big bets on projects in Iraq and Mexico that cost the firm hundreds of millions of dollars in losses and heavily financed its growth through debt. It had over $7 billion in long-term debt as of June 30.

Weatherford has over half a billion in long term debts maturing over the next two years, and $1.9 billion due in 2021.

Les Csorba, managing partner of executive recruiter Heidrick & Struggles' Houston office who has worked closely with McCollum throughout his career, said the executive has taken the company from near collapse to having a turnaround plan in place.

"However, he knows better than most that only sustained financial performance and long-term discipline will attract new investors," he added.

One Weatherford
Weatherford also has hired consultancy McKinsey & Co to help hit a $1 billion in cost savings and improved revenue, according to sources, and brought in culture consultancy Senn Delaney to host employee workshops, executives at Weatherford said. The previously unreported moves are aimed at improving morale and bringing together its once-autonomous businesses under what it calls "One Weatherford."

"The challenges were much larger than any one individual's capacity to resolve, we needed to find ways to drive deep and sustained" collaboration, said James Lukey, Weatherford's former human resources chief, who left the firm in May to return to Australia.

McCollum acknowledged that some employees view the efforts to change the company culture as "hocus pocus" or too "touchy feely."

To encourage employees to buy into his corporate overhaul, McCollum has reshuffled executives and revamped managers' pay, tying bonuses to his goal of $1 billion in improved profitability.

Still, not all employees are convinced of the changes. McCollum admits that there are "pockets of resistance," particularly across certain geographies and product lines that had previously enjoyed more autonomy.

The specter of mass layoffs during the downturn continues to haunt some employees. Since 2012, Weatherford has gone from a company of roughly 70,000 people to less than 30,000. One senior employee, who declined to be identified, described the workforce as jaded from the years of cutbacks and wage freezes.

"In the end, everyone is just worried about keeping their jobs," the person said.