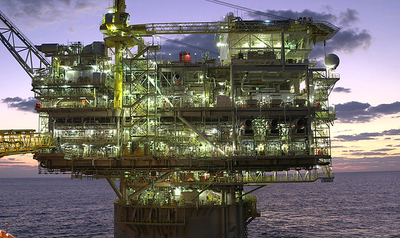 Anadarko on Monday agreed to start negotiations with Occidental, saying its bid could potentially be superior to Chevron's existing deal to buy Anadarko for $33 billion in cash and stock.

Berkshire's cash provides Occidental with flexibility to fund and even increase its proposal. Anadarko has previously expressed reservations about the risk of Occidental having to get any deal voted through by its own shareholders. Occidental could now use the majority of the Berkshire investment to add cash to its bid and remove the requirement for a vote, if it so chooses.

The Berkshire investment, contingent on Occidental completing its proposed acquisition of Anadarko, could also repay some of the debt being taken on to finance the deal's cash portion, or cover the $10 billion to $15 billion of proceeds from asset sales which Occidental plans in the two years after closing the acquisition.

Analysts said Buffett's endorsement supports Occidental's push to get the deal done but comes at a high cost.

Berkshire Hathaway will get 100,000 preferred shares and a warrant to purchase up to 80 million shares of Occidental at $62.50 apiece in a private offering, a statement from Occidental said.

The preferred stock will accrue dividends at 8 percent per annum, compared with about 5 percent yield on common equity and 4 percent on term debt, Tudor Pickering Holt analyst Matthew Portillo said.

"For Occidental shareholders, our view is this is a fairly expensive cost of financing for the transaction even though it carries a kind of nice headline of having Berkshire Hathaway participate in the potential financing here."

It is rare for Buffett to participate in a bidding war for a company. The last time he did this was in 2016, supporting a consortium including Quicken Loans Inc founder Dan Gilbert that tried unsuccessfully to buy Yahoo Inc's internet assets.

A Chevron spokesman reiterated that the San Roman, California-based company believes its "signed agreement with Anadarko provides the best value and the most certainty to Anadarko's shareholders."

Occidental and Chevron, two of the largest oil and gas producers in the Permian by production volumes, argue they can best squeeze more oil from Anadarko's 240,000 acres (97,120 hectares)in the area.

The two companies control land adjacent to Anadarko's properties and expect a deal will add deposits that can produce supplies for decades using low-cost drilling techniques.