Voser Steps in as Interim CEO at ABB 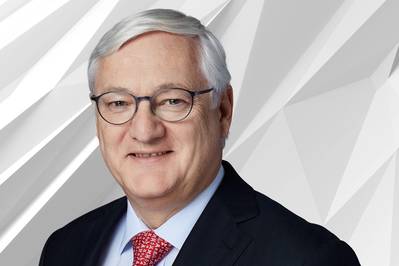 ABB Chief Executive Ulrich Spiesshofer has quit the Swiss industrial group as the board and major shareholders look for a speedier turnaround at the maker of industrial robots and supplier of factory automation.

Spiesshofer’s abrupt exit follows the launch of the biggest overhaul in ABB’s 31-year history to reposition the company more toward digital industries and agreeing to activist shareholder demands to sell its power grids business.

But the latest revamp by the former management consultant failed to revitalize ABB’s stock, which has flatlined under his tenure while profits fell last year.

Time ran out for Spiesshofer, who has led ABB since September 2013, following a conference call between board members on Tuesday evening.

“If the board, including Mr. Spiesshofer and the executive committee look at our performance over the last few years on a competitive basis, we are not where we would like to be,” Voser told journalists on a call.

Voser said following ABB’s latest reorganization into four divisions and the $11 billion deal to sell power grids to Japan’s Hitachi (HTHIY), it was time to look to the future.

“It is normal when you do such big transactions like we did with Hitachi in December... and the way we launched the new business in April that a board looks ahead for the next few years,” Voser said.

“As part of that discussion, you talk about leadership and discussions with Uli have taken place. He is happy after 14 successful years in executive positions and five-and-half years as CEO to move on and do something else.”

Voser, the former Royal Dutch Shell (RYDAF) CEO who was ABB’s finance chief from 2002 to 2004, said there would be no change in strategy at ABB, which is looking to introduce a simpler structure.

Spiesshofer, 55, had repositioned ABB and built up growth momentum, Voser said, although he said there had been some frustration at the company’s performance.

Spiesshofer’s attempts to shift ABB more toward automation had little impact on the share price. ABB’s stock has lost 6 percent over the five years Spiesshofer has led the company, lagging rivals like Germany’s Siemens (SIEMENS.NS) and the Stoxx 600 Industrial Goods & Services price index that has gained nearly 33 percent in the same time. The decision to give in to activist shareholder demands to sell power grids and return the money to shareholders failed to halt the slide.

Big ABB shareholders said the time was right to make a change. ABB shares gained 5.5 percent on the news.

Investor AB, ABB’s largest investor with a 10.7 percent stake, said it supported the ABB strategy of focusing on digitalization, electrification, automation and robotics.

“We support the board’s decision that now is the right time for a new person at the helm in order to speed up the execution of the new strategy and deliver on the key financial targets,” an Investor spokeswoman said.

Cevian Capital, ABB’s second-largest shareholder with a 5.3 percent stake, said: “We support the strategic direction of ABB, and have full confidence in Peter Voser and the management team to continue implementing the transformation of ABB.”