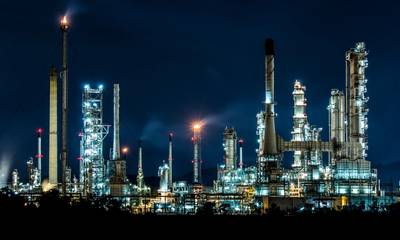 Uganda approved Italian oil services firm Saipem's plan for early engineering work on what is due to become a 60,000 barrel per day refinery in the East African country, a nascent oil producer, Saipem said on Tuesday.

In April last year, Uganda signed a deal with a consortium, including a subsidiary of General Electric, to build and operate a 60,000 barrel per day refinery that will cost $3 billion-$4 billion and is due to come online by 2023.

The other members in the consortium, which expects to give the final go-ahead for investment in the project by the end of 2020, are YAATRA Africa and LionWorks Group.

"(Ugandan Energy) Minister (Irene) Muloni approved the proposal for a technical solution developed by Saipem" for early-phase engineering and procurement for the refinery project, the company said.

Uganda's President Yoweri Museveni has said he wants his country to process some of the crude the country expects to start producing by 2022 to help create jobs and wring more benefits from the sector by using the refinery to develop associated petrochemical industries.

The refinery could put Uganda on a different path from many other African crude producers whose lack of refining capacity means they have to export the resource in raw form and buy back costly fuel, draining their foreign exchange earnings and sapping local economies.