UAE's Stanford Marine in Talks to Restructure $325 mln in Debt 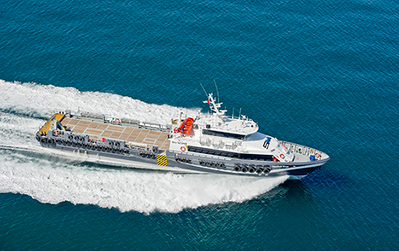 The Dubai-based oil and gas services firm, which has struggled as a result of a downturn in the hydrocarbons market, has asked banks to consider extending the maturity of its debt and restructuring repayments, the sources said.

Although the company, which operates a fleet of offshore supply vessels that service the oil and gas industry, has not missed any repayments, one of the sources said it had breached certain covenants, without elaborating.

Stanford Marine did not immediately respond to a Reuters request for comment.

Stanford Marine's restructuring talks are not linked to Abraaj's recent dispute with four investors in its $1 billion healthcare fund, but one of the sources said some bankers had questions over whether an escalation of Abraaj's problems could have an impact on the restructuring process.

Abraaj is considering selling part of its investment management business and has hired Deloitte to examine its business, including the healthcare fund, as it tries to limit the fallout from a row with some of its investors, including the Bill & Melinda Gates Foundation and the International Finance Corp (IFC), over the use of their money in the fund.

Stanford Marine in 2013 hired banks to help arrange a stock market listing in London, Reuters reported at the time, citing sources, but Bloomberg reported in 2014 that plans were delayed as Abraaj sought potential buyers.

By Tom Arnold and Davide Barbuscia