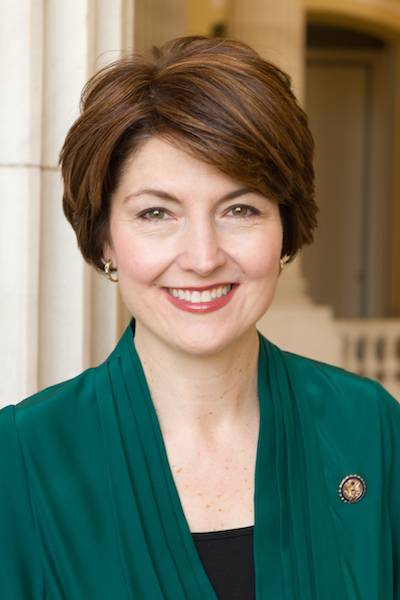 The appointment could mean easier access for industry to more than a quarter of America's territory, ranging from national parks to tribal lands stretching from the Arctic to the Gulf of Mexico, where energy companies have been eager to drill and mine.
The pick, criticized by environmental groups, dovetails neatly with the Republican president-elect's promises to bolster the U.S. energy industry by shrinking the powers of the federal government.
It follows Trump's nomination this week of an another climate change skeptic and critic of federal regulations, Oklahoma Attorney General Scott Pruitt, to run the Environmental Protection Agency.
The official on Trump's transition team, speaking on condition of anonymity, told Reuters that Trump would nominate McMorris Rodgers to head the Interior Department, which is charged with the management and conservation of federally owned land and administers programs relating to Native American tribes.
McMorris Rodgers, a congresswoman from Washington state and the fourth most senior member of the House leadership, voted for the Native American Energy Act. Democratic President Barack Obama vetoed the bill, which would have made it easier to drill on tribal territories, in 2015.
On her website, she also touts her support of the recent repeal of the decades old ban on oil exports, and for a bill to reject the EPA's Waters of the United States Act as some of her key achievements on energy and environment.
She has consistently opposed Obama's measures to fight climate change, and once argued that former Vice President Al Gore, a longtime advocate for steps to combat global warming, deserved an "F" in science and an "A" in creative writing.
The League of Conservation Voters, which publishes a score card ranking the environmental record of each member of Congress, gave McMorris Rodgers a zero in its most recent ratings. It was among several environmental groups that criticized her likely nomination.
"Donald Trump just posted a massive 'for sale' sign on our public lands," the LCV said in a statement.
Eric Washburn, an energy lobbyist and former advisor to Senate Democrats Harry Reid and Tom Daschle, said McMorris Rodgers had the experience to do a good job balancing the interests of energy development and conservation.
"She certainly knows all these interests and hopefully will be able to chart a course for the agency that allows for conservation and development to proceed hand in hand," he said.
Efforts to reach McMorris Rodgers were not immediately successful.
TRUMP'S DEREGULATION DRIVE
McMorris Rodgers has been a member of the House/Senate energy conference committee, working to pass bipartisan energy legislation that included provisions to boost hydropower and update forest policy. In her role as interior secretary, she would oversee more than 70,000 employees.
Trump, a real estate magnate who takes office on Jan. 20, is in the midst of building his administration and is holding scores of interviews at his office in New York.
On Thursday he announced Pruitt as his pick for the EPA, cheering the oil industry but enraging environmental groups and Democratic lawmakers who vowed to fight the appointment.
As the top prosecutor for Oklahoma, a major oil and gas producing state, Pruitt has sued the EPA repeatedly, and is part of a coordinated effort by several states to block Obama's Clean Power Plan to limit carbon dioxide emissions.
Trump vowed during his campaign to undo Obama's climate change measures and pull the country out of a global accord to curb warming agreed in Paris last year, saying they put American businesses at a competitive disadvantage.
Since the election, however, Trump has confused observers by saying he will keep an "open mind" about the Paris deal, and also meeting with Gore to discuss the issue.
(Reporting by Ginger Gibson, David Shephardson and Valerie Volcovic; Writing by Richard Valdmanis; Editing by Frances Kerry)
Email